Well, this is definitely a first. Just moments ago, Bonnaroo announced that their lineup for this summer will be revealed live on YouTube by none other than famed parody artist “Weird Al” Yankovic. Check out the announcement video below:

No date has been set for this announcement, so be sure to subscribe to Bonnaroo’s official Bonnaroo365 YouTube Channel. In past years, the announcement has been made in mid-February, so it’s likely to be several weeks away still. We can also assume that this means “Weird Al” is likely to perform this year; whether in the Comedy Tent or, more likely, on a stage, is unclear. 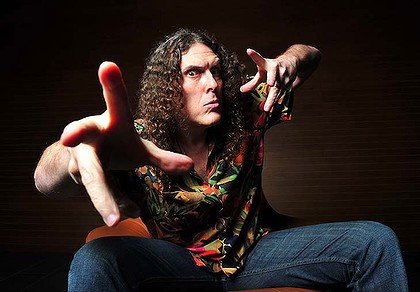 Yankovic is also set to perform in Nashville, April 8 at TPAC’s Andrew Jackson Hall. More information is available here. You can check out one of Al’s classic videos below:

As always, don’t forget to check out our 2013 Bonnaroo Lineup Rumors post, which is regularly updated with the lastest info and speculation!