It’s kind of mind-blowing to think that the bulk of rapper Kitty Pryde‘s career ascent has occurred over only the past 6 months. Dubbed “cloud rap” (a new underground movement in hip hop that borrows chillwave’s ambient, dreamy aesthetic), the self-described “rap game Taylor Swift” essentially exploded from Tumblr with her song “Okay Cupid.” She then promptly entered the mainstream consciousness over the summer with her Riff Raff-featuring “Orion’s Belt.” We dubbed her “the summer’s Kreayshawn,” a comparison the rapper would likely appreciate since the two are apparently now friends. The possibly 17-year-old (reports vary on her actual age and she’s purposefully ambiguous, I had read she was around 20, but Rolling Stone now seems to think she’s a few weeks shy of 18- so who knows), became much more reclusive throughout the fall and winter. 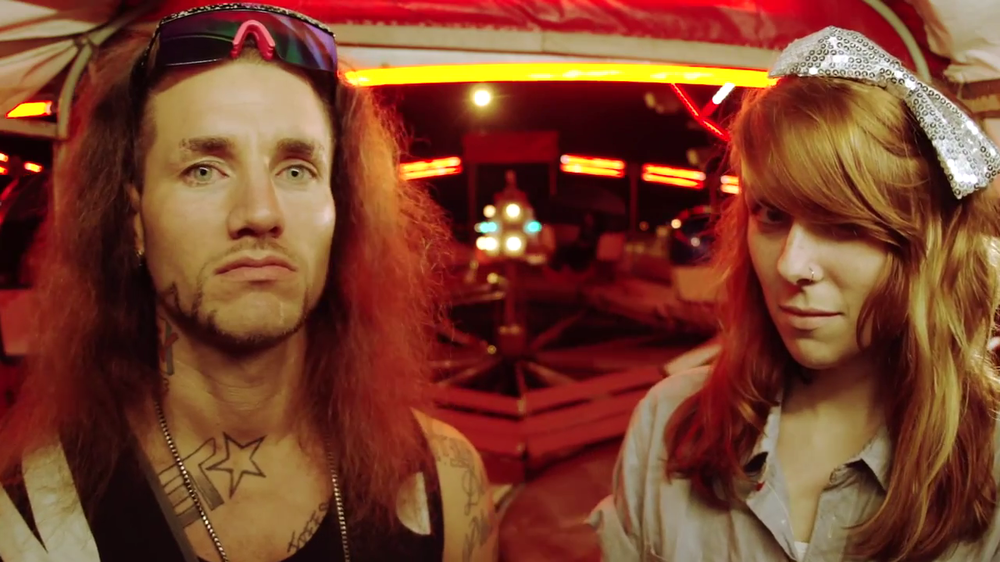 After gaining the attention of numerous labels, websites, magazines (she made quite a few year-end lists), and artists like Grimes and Andrew W.K., as well as performing a handful of live shows, relocating to New York, and occasionally popping up on other artists’ tracks, Kitty began working on a mixtape (now being marketed as an E.P.) which is finally set to drop this month. The rapper has been vocal about her distate for much of her previous music (her fame was very accidental and unanticipated) and fervent about the fact that her technical prowess is much greater than she’s been given credit for (the bulk of her previous work has been markedly homemade sounding). After numerous delays, the video for her latest single “Dead Island” from her forthcoming (and first proper) E.P., D.A.I.S.Y. Rage, has finally dropped. You can check it out below.

The song and presentation mark a huge shift for Pryde. The production on the track is bar-none the strongest of any of her releases. The video’s dreamy and professional aesthetic is well-matched to the song. And, most importantly, Kitty is finally firing on all cylinders as a rapper. If ever any validation was needed that Kitty Pryde actually can rap, a point she’s been assuring of us for awhile now, this is it. No longer should she be dubbed a gimmick or a commodity; Pryde has finally asserted her status a true innovator for a new wave of underground hip hop, and I’m pretty eagerly anticipating what happens next.

We’re not the only ones taking notice, check out some tweets from Grimes and Kreayshawn praising Kitty’s new release. And, if you dig it, be sure to tweet Kitty Pryde and let her know she needs to plan her inaugural Nashville show soon!

And for a vintage Kitty Pryde fix while we wait for ‘D.A.I.S.Y. Rage’, check out some more tunes below: