If you haven’t heard fun. by now, you must be living under a rock (or you don’t own a tv- seriously, did I miss the memo where advertisers were only allowed to use songs by fun. or Lana Del Rey last year?). For the uninitiated, fun. might seem like a radio rock construct that appeared of out nowhere (and yes, they did blow up quickly thanks to some well-timed television placements- I personally saw them go from performing for about 50 people to 5,000 people over the course of a year), but they do sincerely have the cred, the chops, and put in all of the work to justify their success. The core members of fun. were formerly in The Format, Anathallo, and Steel Train- three fantastic bands that never quite achieved the commercial success they deserved. The auxiliary members of fun. were/are in Straylight Run, Breaking Pangaea, Seahorses, Koufax, Waking Ashland, and Kelpie. That list alone should be fairly indicative of just how eclectic’s the band’s musical influences are. Although their latest album Some Nights has been getting all of the attention (and the numerous Grammy nods), the band released a fantastic debut called Aim and Ignite several years prior, and spent years relentlessly touring until they exploded onto the mainstream radar. 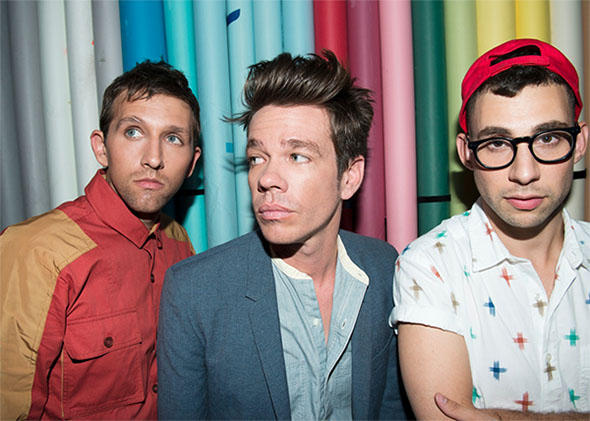 Fueled by Ramen, fun.’s label, is about to drop the soundtrack for HBO’s breakout show Girls. Including songs from a diverse range of artists like Fleet Foxes, Belle & Sebastian, Santigold (you can hear her contribution here), and Grouplove, the label also decided to include a fun. track that wasn’t quite finished in time to make the cut for Some Nights. Titled “Sight of the Sun,” the song is more than just a throwaway tack or a b-side; it’s one of fun.’s stronger contributions to this release cycle. It’s one of the group’s more reserved songs, but still chock-full of the dense harmonies and instrumentation we’ve come to expect from fun. You can stream it below:

(The Rolling Stone premiere stream is currently not embeddable, hopefully this one stays up!)

fun. is performing February 16 at the Ryman Auditorium in Nashville, however the show sold out almost immediately. If you’re one of the lucky few who managed to get tickets, you’re in for a treat! Otherwise, keep your fingers crossed for a repeat Bonnaroo appearance this year!