Well, you’ll have to sign up and pay for it, but here is the release from Third Man Records.  It might be worth it for you to shell out on this one!

Deciding to pull out all the stops for Vault package #13, Third Man Records has dug deep into the archive and is offering its most historically significant collection yet.  The LP for this quarter is the White Stripes first-ever live show. Recorded at the Gold Dollar in Detroit on August 14th, 1997 while opening for Rocket 455 and ‘68 Comeback, this soundboard recording is overly striking in how present and fully-formed the presentation and execution of the White Stripes was so early on. Featuring a blistering cover of the Stooges’ “TV Eye” as well as radically different versions of originals like “Screwdriver” and “Lafayette Blues,” the set is a treat for ALL Stripes fans across the world. 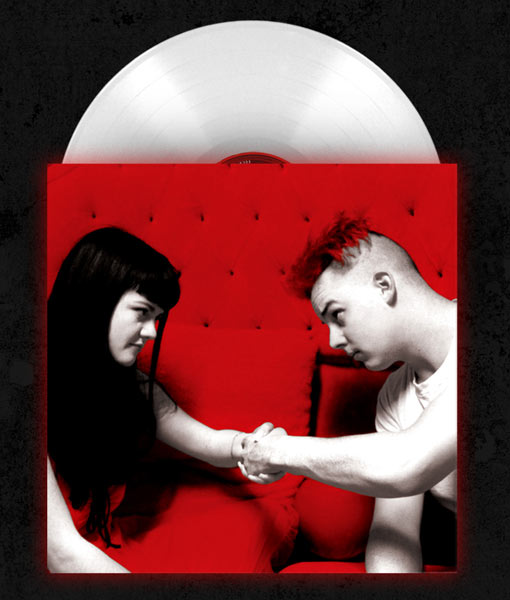 The accompanying 7” is a recording from the White Stripes first-ever live performance, recorded on Bastille Day, (July 14th, 1997) at the Gold Dollar’s open-mic night. Also presented in crystalline soundboard quality, the renditions of “St. James Infirmary”, “Jimmy the Exploder” and “Love Potion #9” are more of the “warts-and-all” variety, but still brim with the childish charm and a heartwarming awareness of how far Jack and Meg would journey from such an unassuming start.

For our bonus item, we’ve revisited the classic White Stripes peppermint logo painted by Jack White around the time of these Gold Dollar shows. The same peppermint would be used as the basis for the first White Stripes t-shirts, as the b-side image of their “Hello Operator” picture disc, on the poster for their s/t record release show and plenty of other places. Noting how wildly popular tote bags have been with our fans, we’ve decided to finally put this iconic image on a tote bag. Perfect for bagging your own groceries, going record shopping or displaying in your White Stripes shrine, this tote is not only printed on both sides of the exterior but also features imagery on the inside.

Sign up for this package before subscriptions close on July 31st, 2012. Dare we suggest this might be the most excited we’ve ever been for a Vault release. We hope you feel the same way too.