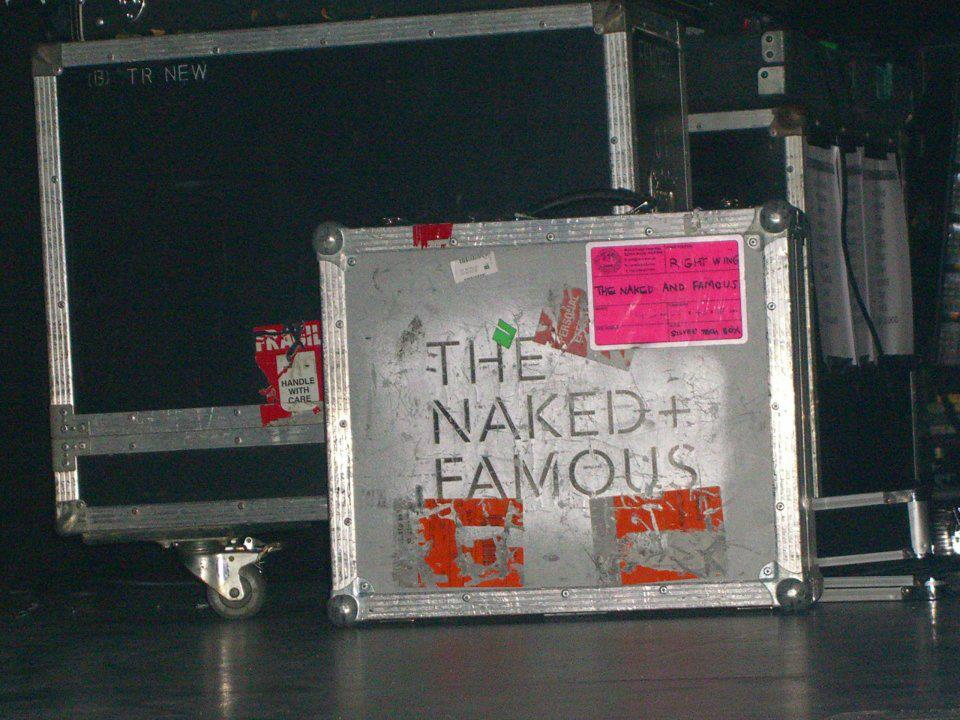 Don’t head to Mercy Lounge tonight.  The pop-splotion is happening at the Cannery Ballroom now.  I’m assuming that means that we have bought more tickets than anyone ever expected on a Tuesday night.

This one is going to be worth it too.  If you don’t know the biggest pop sensations to come out of New Zealand (other than those Flight of the Conchord dudes, I guess), then you probably don’t know The Naked and Famous.  Formed in 2008, they were quickly recognized in their homeland as something to watch out for.  It wasn’t long after that they swept their way through the New Zealand Music Awards, and the world really began to notice.  It’s a pretty awesome sound.  You can listen to the much acclaimed Passive Me, Aggressive You below.

This is a pretty full bill, so keep reading.  Vacationer is on the road with The Naked and Famous tonight.  Formed in 2011 as a side project for Philly’s multi-instrumentalist Kenny Vasoli, Vacationer blends the escapist dream pop of Beach House with the quasi-mystical electro-pop of Animal Collective. Rhythmic, heady, and hypnotic yet peppered with heartfelt lyrics and genuine emotion, Vacationer released its debut EP in 2011, followed by the full-length Gone in 2012; both were put out by Downtown Records.  You can listen to the track “Trip” below to get an idea of what it is all about.

You still reading?  You should be… Now, Now is on this bill too.  This pop band out of Minnesota that has been in and out of my music news.  I’ve wanted to spend more time with it, but… ah, life.  Well, thanks for coming to town and forcing me to pay attention.  After you listen to the two tracks below, you will realize that if you liked the first band, then you are going to love this whole night of music.  The player below is on Soundcloud, so, if you can’t see it, click here.