Dr. John & Dan Auerbach working on an album in Nashville

Most of you have probably already seen this “newsy bit”, but I wanted to reiterate it’s awesome-ness.  I was backstage at Bonnaroo watching Dr. John and Dan Auerbach chat it up last summer before their Superjam.  It’s the kind of thing that I would normally try to steathily snap an awful, blurry photo which I would somehow justify that “it isn’t that bad… you can kinda tell who’s in it” to share with you, but I was honestly in bemused awe at the site of them chatting it up by that trailer on that hot-and-dusty-as-all-hell day in June.  Dr. John is a tradition in New Orleans (where I went to college), and he is a big reason for the namesake of our beloved music festival in Manchester (see album cover below).  Meanwhile, Dan Auerbach clearly has Jack White sweating in the arm wrestling match for the mayor of non-country coolness in Nashville right now.  So, when I heard that Auerbach is going to be producing Dr. John’s next record, I knew I had to talk about it.  Of course, the fine folks over at The Nashville Cream got the hop, skip, and the jump on that one.  So, I’ll only tell you to watch out for me talking about the release of Locked Down on April 3rd, and then I will lead you over to fine reporting of the Nashville Cream for the rest of the story.  If you didn’t just click there, you should because there is an awesome video of that Superjam is at the link you just missed. 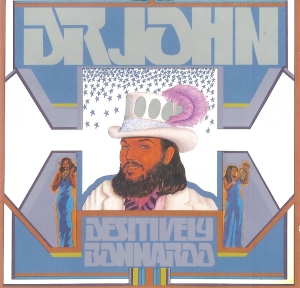