Van Halen is getting back together for another record, and another tour of some good, fun, screamy vocal, driving guitar, arena rock.  I have a very distinct memory of being 13 years old and LOVING Van Halen.  I had tickets to the Nashville date for the OU812 tour, and distinctly remember my parents and friends bailing on getting me there.  That ticket remained tacked to a pinboard until my family sold that house sometime in the late 90’s.  I have no idea where that unused relic is now, but I really wish I still had it.

I don’t know the last time that Van Halen played in Nashville, but it was surely when we had an amphitheater (mid 90’s sometime).  We haven’t heard anything new out of the Van Halen brothers since 1998, and we haven’t heard anything out of the Van Halen brothers with Diamond Dave since 1984.  That’s a long time to work on a new record, so I expect A Different Kind of Truth (out on 2/7 via Interscope) to be nothing short of a masterpiece.  OK, OK… I don’t really expect a masterpiece.  It took a long time for them to fully unravel after those solid records of the late 70’s and early 80’s.  I do however expect a solid show out of them. 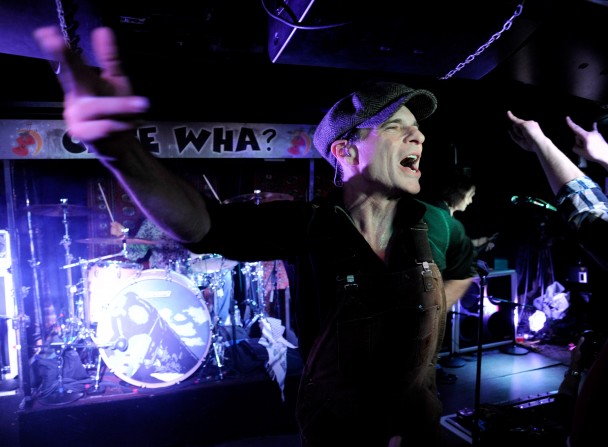 They performed an intimate gig in New York last night (picture above), and I’m sure you can find lots of information about that through Google.  The real North American tour gets started up the road in Louisville on February 18th.  Tickets for that show go on sale on January 16th (January 10th presale for AMEX folks), and you can find out more information about that here.  Tickets aren’t available for the April 27th date in Nashville, but I’ll let you know when that happens.

Side note: There is a one week opening in their tour schedule during Bonnaroo… just saying.  Maybe it’s time to update our wildly popular Bonna-rumors post.