This Friday is another big night of local music in Nashville.  I’ve told you about Canon Blue and friends playing over at The Basement, and we also have White Rabbits playing at Exit/In.  But, it is that time of the season, and I have a rock show with a holiday tinge and a bit of goodwill that will be well worth your time at The End on Friday night.

We have talked before about Vinyl Thief on this site.  So, I’m not going to waste too much time repeating myself about these bad ass electro-rockers.  I used to have all these great widgets that I could embed here so you could listen, but now you need to go to the Vinyl Thief website to listen or download your own copies for FREEEEEEE!  Vinyl Thief has also just completed a holiday short-EP called Santa To The Sky.  You can buy the hand packaged EP’s at the show tonight for a minimum $2 donation.  All profits go to the Salvation Army Angel Tree program, so please give more, if you can.  You can grab the title track to that holiday EP by clicking below. 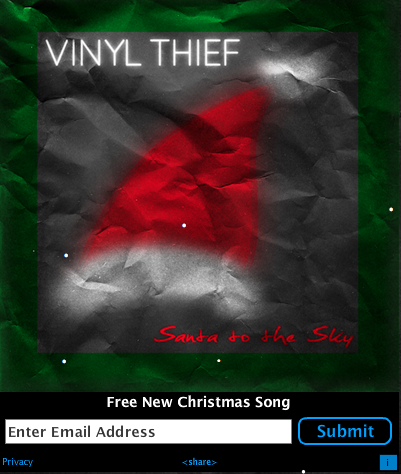 Let’s move on to The Black Cadillacs.  I’ve been hearing about this Knoxville bluesy-rock band for a while, and keep hearing that it is a “fun, rowdy show”.  That sounds about perfect for a Friday night, right?  Oddly enough, while I was thinking about what to write for this post, I stumbled across a recent interview that Vinyl Thief did with The Black Cadillacs.  It’s worth a couple of minutes of your time, and it will give you something to do while you listen to (and download for the cost of an email addresss) The Black Cadillacs’ All Them Witches below. 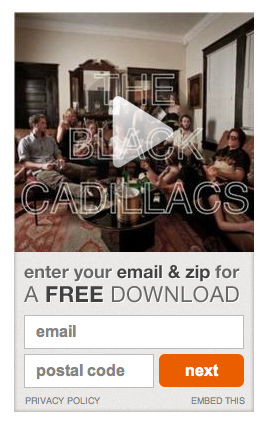 It’s a great night for you to get out to see some great rock music, and it is also a chance for you to give back while drinking beer with friends.  It’s a win-win-win.  Things get rocking around 9pm, and tickets are a mere $5.  Get out and see some live music this weekend.