Once again, I can’t even open a webpage on my computer because I have so many tabs open.  So, it’s time for me to clean off the desk.  Here’s what I’m throwing into the files today.  I have enough to do a Nashville edition and a not-so-Nashville edition.  I’ll break those into two for you.

We all know that the Black Keys are releasing their new record El Camino on Tuesday December 6th.  You’ve probably heard the already released “Lonely Boy” and “Run Right Back” from that Black Friday Record Store Day release.  They are giving you a sneak peek of another three tracks from El Camino that you can listen to right now for the cost of an email address.  They are kicking off a couple of months of touring with a Saturday Night Live appearance this weekend (12/3) and then will be performing at Webster Hall on the day the record releases (12/5).  This show will be streamed live to us internetters.  I’m to lazy to embed that player, so you can head over to Paste Magazine to get more deets on that one.

The Austin, Texas rock band Heartless Bastards are set to follow up their bad ass 2009 release The Mountain in early 2012.  The album, titled Arrow, will be released on Fat Possum Records, and will have a subsequent supporting tour.  We already have a date for Nashville… Saturday March 3rd at Mercy Lounge.  Grab your tickets here, and have a listen to the track “Parted Ways” from Arrow below.  If you want to download it for yourself, head over to Stereogum.

Now that the Ryman has a smartphone app we can all rest assured that…. umm, we can. umm.  We can order tickets on our phones.  umm.  We can “check in” when we get there to tell our friends that we got tickets and they didn’t.  umm.  We can look at old Hatch prints.

I kid.  It’s pretty neat and it’s free, so why not check it out.  I think the opening screen alone is worth downloading it, it feels like your phone is a tiny Ryman and you are the headliner.  Apparently, you can scan this thing below, and your amazing cellular deveice will whisk you away to the store where you can download The Ryman.  Whoa, it worked! 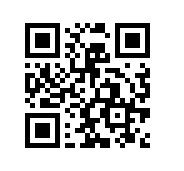 Man, I really hate typing that name, but I love her music.  Her show at Exit/In at the end of September was pHeNoMeNaL (hypocrite).  Well, if you missed it, you can check out a Tiny Desk Concert from NPR with Merrill, her band, and lots of pedals and drums and stuff packed into a tiny office at NPR’s studios in DC.  You can head over to NPR’s website to watch, listen, download… whatever you please.

Galactic started college in New Orleans at the same time I did, and I’d often roll into see them playing at someone’s house under their original moniker “Galactic Prophylactic” (which I am honestly still partial to).  They were all transplants to New Orleans, but quickly took the soul and funk of that city under their wing.  It’s pretty awesome to me that those guys are still going so strong.  I’m stoked to check out their new record Carnivale Electricos (due out on February 21, 2012), and then, oh then, we will get to funk out to them on tour.  They’ll be in Nashville on April 18th 2012 at Mercy Lounge.  Don’t freak out, I’ll remind you again when the time gets closer.

In the spirit of Live and Reel (and numerous other national outlets… NPR, Daytrotter, La Blogotheque, etc.), Nashville Cream has been recording video sessions that they’ve dubbed “Conference Calls”.  I think they just started earlier this year, and performers, so far, have included Tristen, Pujol, Evan P. Donohue, The Features, and Colour Revolt.  This weeks release is Casa Castile.  You can check out the sessions at this link.  I don’t know how this slipped under my radar, but I am impressed.  Bravo, fellas…

News and Notes (that aren't quite Nashville): December edition