I’ve already said that it is hump day today, and that is a reason for you bundle up and brave the first wisks of winter for some live music tonight.  I gave you a happy hour choice, but you are still going to need something to do after dinner, right?  Well, I’ve got just the plan for you tonight in Nashville! 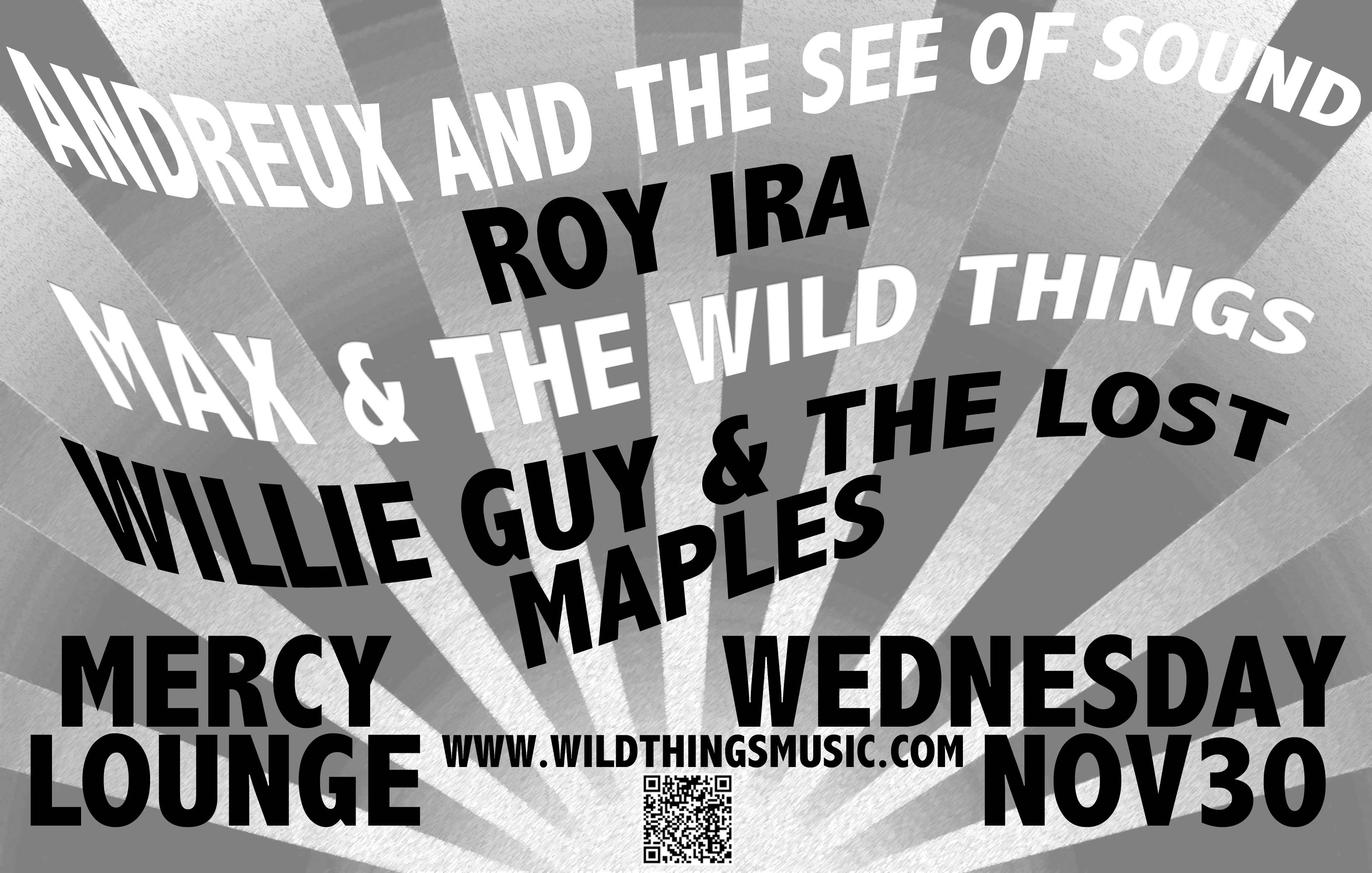 How about you head out to see some rockin’ punkabilly alt-blues tonight at Mercy Lounge?  I’ve been listening to this Max and The Wild Things record for the past couple of weeks.  I dig it, and I think you will too.  The Deli Magazine called the album “indescribable… the talent is indisputable”.  Cream writer Adam Gold claims it “sounds like straight-up chillin’.”  Click below to check out the self-titled debut album using their bandcamp player, and you can name your own price if you want to download it.  You can also check out the banjo-rific track “Wind Through The Window” from their upcoming record Neptune’s Crown.

Things get a bit groovier in the late night hours with Andreux & The See of Sounds playing in support their debut CD release party.  Their self described sound “combines traditional rock, americana, and soul melodies with contemporary soundscapes and beats that are sure to hypnotize and memorize (pretty sure they mean, mesmerize) listeners”.  I’ve only gotten to know this band in the past couple of days, and I can tell you that it’s got some pretty awesome elements to it.  You can have a listen to their self-titled debut record below, and you can name your own price to download it as well.

You can grab tickets at the Mercy Lounge website for $5.  Things get started around 9pm with Nashville’s Roy Ira and Willie Guy & The Lost Maples.  Get out and see some live music tonight!