It’s a funny looking headline, I know.  But, if you haven’t heard about the band YUCK! yet, then you have probably been hiding under a rock for the past few months…  If that is the case, I’m not judging, but I’m glad I caught your attention to tell you what to do tonight in Nashville. 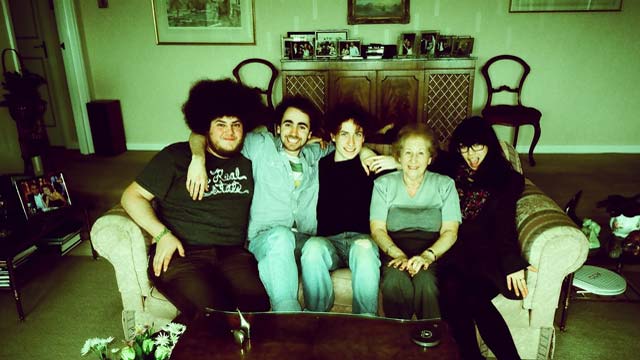 YUCK is an English band, and, for the past 6 months or so, they have been amongst the buzziest of the buzz bands out there today.  Founded by buddies Daniel Bloomberg and Max Bloom (both formerly of Cajun Dance Party), their sound is often compared to Dinosaur Jr. and Sonic Youth.  They released their highly-acclaimed self-titled debut album through Fat Possum records in February 2011.  On October 11th, Fat Possum is set to release a double-disc deluxe edition of that self-titled debut (you can hear the track “Soothe Me” from the deluxe edition at the link).

They are stopping through Nashville’s Mercy Lounge tonight as they continue a massive tour that Spin Magazine has dubbed one of the top 30 this fall.  Doors open at 9pm, and things get started with Porcelain Raft.  Get your $12 advance tickets here ($14 at the door).

Below you can find a video from the Room 205 series for the song “Milkshake”.  It’s gonna be a pretty rad show, so get out and see some live music.