Since the whole music world doesn’t revolve around SoundLand, let’s talk about some other mid-day news that might be exciting to you.

Numerous outlets are reporting of a few Radiohead shows on this side of the pond in New York.  Lots of rumors have been swirling that the English “league of their own” rockers will be embarking on something of a North American tour this year.  However, I seriously doubt that they are going to make a stop (outside of possibly Bonnaroo) in Tennessee.  So, do you want to see Radiohead perform?   Well, if you aren’t going to be knee deep in Soundland, you can see them open up a new season of Saturday Night Live as the musical guests on September 24th.  Or, it was announced today, you can watch a four song set on a special hour long Colbert Report on Comedy Central on September 26th.  These will be warmups for shows at NYC’s Roseland Ballroom on September 28th and 29th (if you are a super fan, tickets go on sale via Ticketmaster on Monday September 26th at 10am EST).

It was announced this morning that Zach Condon will bring his baroque pop band of wild horns and ukuleles (aka Beirut) to Nashville’s Cannery Ballroom on November 7th.  Tickets go on sale this Friday (9/23) at 10am.  This tour is in support of the acclaimed new album, The Rip Tide, which released (physically) on August 30th.  I’ve seen Beirut a couple of times, and they put on a great show.  As NPR’s Bruce Warren puts it “….. Condon has secured his place as one of indie music’s most compelling and creative artists.”  I’ll write up some more about this as we get closer, but grab the tickets now.  Below is a video of a guy having a really crappy day for the newest single “Santa Fe”.  I promise the show won’t require salvation.

You know about the Jack White project The Black Belles, right?  We talked about their gig at The Basement last week.  It appears they are rolling with the success from their stint as the backing band for Stephen Colbert’s humorous release on Third Man Records, and they are releasing another single due out on September 27th through Third Man.  This will correspond nicely to their set at Soundland on September 24th from 6 to 6:40pm, where Third Man tweeted today that they will be selling tri-color vinyl singles of the new track from their rolling record store.  You can catch a listen to this track below via SoundCloud, and here is a link to a promo video for the single.

And, then there was also news about Swans playing so loud at Mercy Lounge on Saturday night that they literally blew the (shower) doors off the place (office bathroom). 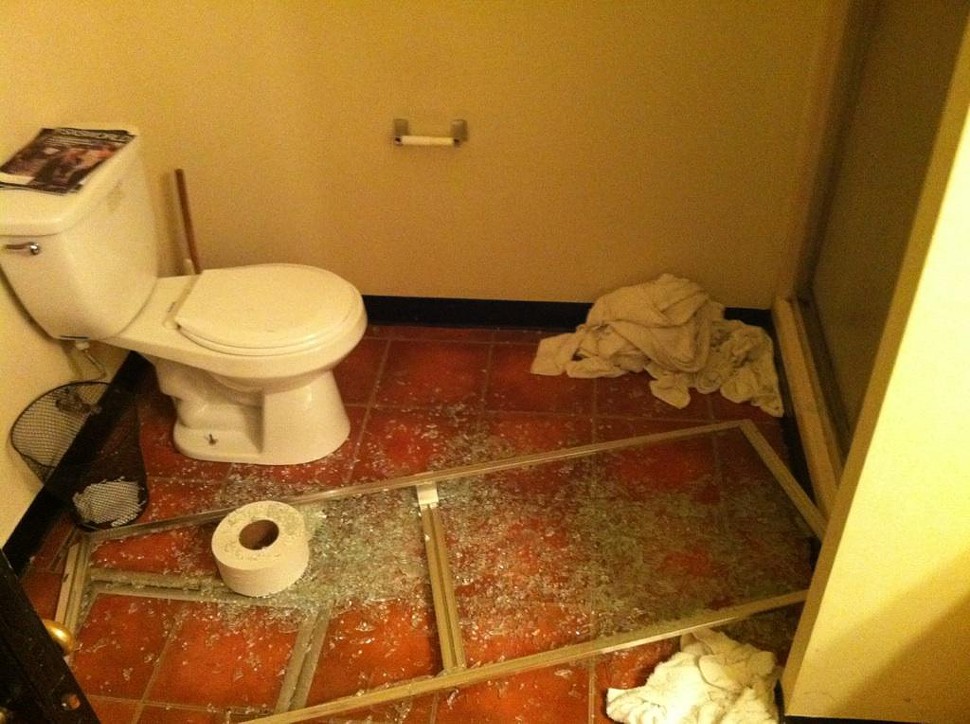