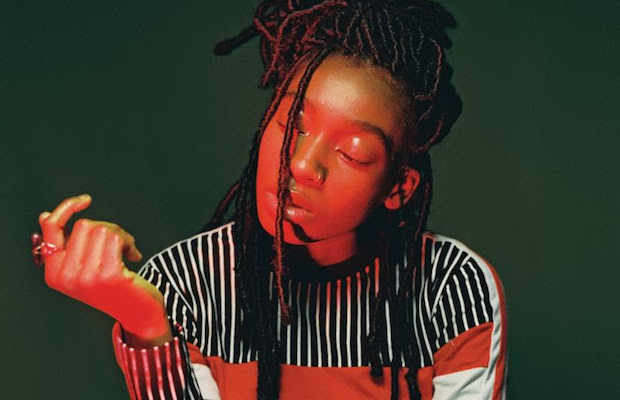 Attracted to music at a young age, Little Simz, born Simbi Ajikawo in London, began self-releasing her first mixtapes at only 15, honing a lyrically dense, grime-influenced, underground hip hop sound that garnered some early independent buzz. Though incredibly prolific in her early musical pursuits, even founding her own indie label, AGE: 101 Music, Ajikawo first came to broader public recognition for her acting work, appearing in BBC series Spirit Warriors and E4’s Youngers. Doubling down on her musical focus, Simz dropped more than a half dozen EPs between 2014 and 2015, before releasing her excellent, breakout debut LP, A Curious Tale of Trials + Persons, in 2015, landing on the UK charts and warmly received by the English music press and hip hop peers.

Now 25, Little Simz has had a huge and transformative past several years, first after releasing her conceptual sophomore LP, Stillness in Wonderland, in 2016. She’s since received praise from the likes of Kendrick Lamar, A$AP Rocky, Zane Lowe, and Dizzee Rascal, worked with some of the hottest producers in the UK, including frequent collaborator Inflo, toured as an opening act for Gorillaz, and has begun breaking through around the world as an exciting new voice in the hip hop world (something especially hard for non-U.S. rappers to achieve stateside). With her latest and third album, this year’s Grey Area, Simz further honed her range and achieved a more mature, thoughtful navigation of being a 20-something, finding a more cohesive focus and incorporating elements of soul, r&b, jazz, and strings, a gloriously and artistically refined coming of age record that still retains the eclectic MC’s underground, scrappy pedigree. Bonnaroo always boasts a cool mix of hip hop talent, but it’s rare to see English up and comers grace the lineup, making Little Simz’ Bonnaroo debut all the more intriguing and essential.