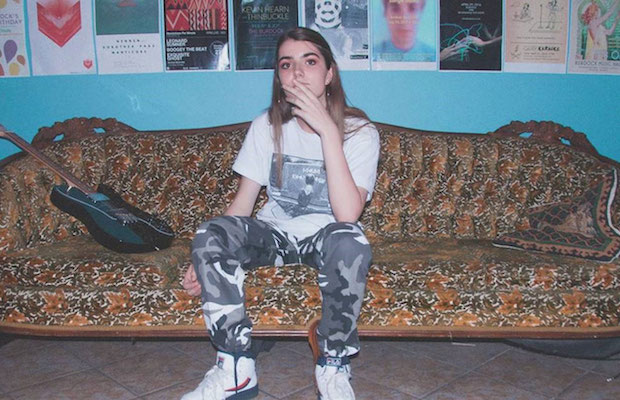 Born Megan Bulow in Germany, and raised across the globe, spending time in England, Texas, and, most recently, the Netherlands, fast rising electropop star bülow is only now 19 years old, having just graduated from high school last year, but has already spent a couple of years rising through the ranks of the indie pop blogosphere, capturing wide attention and millions of streams for her breakthrough 2017 single “Not a Love Song.” Discovered at 16 while attending summer camp in Canada, Bulow’s love for music began several years earlier, when she became drawn to busking as a preteen in England, covering popular hits at the time by artists like Ed Sheeran. After bouncing between writing and recording sessions in Canada and a rigorous school schedule in the Netherlands, the singer dropped her debut EP, Damaged, Vol. 1, towards the end of 2017, immediately making her a viral sensation simultaneous to navigating the teenage experiences of homework, prom, and balancing responsibilities with a desire to party and pursue young relationships, all of which are captured in her early work.

Last year’s swift major label followup EP, Damaged, Vol. 2, proved just as earnest and raw a slice of teenage life and frustrations, perfected bülow’s synth drenched, immensely modern, r&b infused pop sound, propelled by her powerful vocals, worldly sensibilities, and unfiltered attitude, which have quickly made her unique and important star amidst a saturated landscape of promising young pop singers. Most recent effort Crystalline, which falls between an EP and LP in length, feels like a natural progression, kicking off with impossibly catchy tune “Sweet Little Lies,” and racking up millions upon millions more plays for the singer. Now fully out of high school and permanently situated in Toronto, where she’s assimilated with her Canadian heritage so effectively she even just nabbed a Juno Award for Breakthrough Artist, bülow’s impressive rise is, no doubt, just as indebted to her relatable authenticity as her raw talent, and with a few festivals to her name and an upcoming tour with Lauv, we wouldn’t be surprised to see her become a huge star in short order. Bonnaroo has a knack for keeping on the pulse of pop, and this Who Stage set seems to have all of the potential of becoming one of the weekend’s biggest surprises.