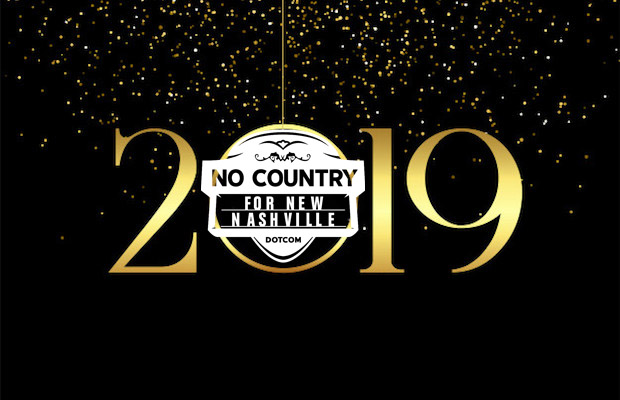 Still in need of some last minute New Year’s Eve plans? If you didn’t hop on grabbing tickets for any number NYE shows we’ve been buzzing about for months, you’re in luck – this is an especially stacked year, and lots of great events are still on sale (for now)!

Below, check out our rundown of the best local happenings, big and small, cheap and pricey, and find something fun to finish out your year. With Uber, Lyft, local taxis, and even buses, you have no excuse not to be safe, so make smart choices, and make tonight one for the books!

Details are all accurate as of writing, but given the forecast, times and conditions might change, so be sure to check posts by venues and artists for the most up to date info (and again, double check ticket availability and buy in advance to guarantee your plans).

Above and beyond the coolest show happening in the area for music fans and those seeking out a unique experience, The Flaming Lips’ performance at The Caverns (in nearby Pelham, where they host Bluegrass Underground), was also one of the quickest to sell out. If you managed to get tickets though, you’ll be treated to an intimate performance by the psych rock icons in an underground cavern, along with openers Uni.

Probably the underground local show to beat (and a delightfully weird alternative to The Flaming Lips), some of Nashville’s best bands and a few cool touring acts, all in the dreamy, indie, poppy, and vibey sphere, plus DJs and special guests, play a show at The East Room the would be stellar on its own, but comes with a weird and fun twist: body science! Every hour is a different system of the body, and projections, decorations, and PowerPoints will invade your mind with knowledge on topics like the reproductive system, nervous system, immune system, and more. Count. Us. In.

Non-consecutively, this is local alt rock breakouts Moon Taxi’s 10th time playing New Year’s Eve in Nashville, which has grown from intimate beginnings to their largest and most-ambitious show yet: a headliner at Municipal Auditorium. Site faves LUTHI and Sparkle City Disco round out the bill, and for our money, this is an infinitely cooler local experience than the city’s official bash across the street.

If quality local music is your NYE objective, but massive crowds aren’t your thing, you can’t do better than southern garage rockers The Weeks, along with Liz Cooper & The Stampede and The Foxies at Southern Grist’s new Nations taproom. We imagine this one will sell out, so if it sounds like your cup of tea, snag your spot asap!

Spending New Year’s Eve at the Grand Ole Opry sounds like a particularly touristy endeavor, but with the legendary John Prime headlining the bill with breakouts Nathaniel Rateliff & The Night Sweats, this is one incredibly Nashville affair that has our interest piqued. Unsurprisingly, though, this performance is long sold out.

DAISYHEAD (solo), EARLY HUMANS, IF ONLY IF ONLY, SMALLVILLE, KACIE WILLIAMS
@ The Beehive | 7pm | $5

If you dig emo, punk, indie, and alt rock, and prefer DIY shows to big, crowded, venue outings, The Beehive might be your top NYE bet. You’ll need to ask a punk for the address, but for just a few bucks, you’ll be treated to a stellar house show hang with Daisyhead, Early Humans, Smallville, and Kacie Williams, plus touring act If Only, If Only. NYE is a celebration, but if this is where you end up, please respect the house and everyone in it.

With their fuzzy, Southern, melodic, American rock sound, Sun Seeker have quietly become one of Nashville best new bands in recent years, and on New Year’s Eve, they head up a staggeringly good bill, along with The Robe, Dancers, Pujol, Erin Rae, Pat Sansone, and Kelton Young. We’re surprised this show isn’t in a bigger space, and even more surprised you can still get tickets, but for quality local rock in an intimate room, this might low-key be your best option of all.

Though we’d be more amped for a full band show, Alexis Taylor and Owen Clarke of beloved indie/electro outfit Hot Chip are DJing a New Year’s Eve party at Top Golf’s The Cowan, which still sounds like it’ll be a blast. This is a pretty trendy option for a corporate venue, and given their pedigree, you know the tunes will be super fresh.

A long-running New Year’s Eve tradition, seminal local Americana group Old Crow Medicine Show are once again set to entertain with a performance at The Ryman. Tickets stayed available a little longer than usual, but if you didn’t jump on this one early, it looks like you’re out of luck.

Though Unkown Hinson is a satirical, vampiric, larger than life performance outlet, the man behind him, Stuart Baker (also known for his voice work on Squidbillies) is an extremely talented retro rockabilly performer, making his show a bizarre, funny, and enthralling affair. Local goth-y retro r&b/pop/rockabilly singer Olivia Jean brings a grounded element to this show, which is a cool little alternative NYE option.

The city’s official Music City Midnight is, of course, always a huge affair, this year featuring performances from Keith Urban, Peter Frampton, Judah & the Lion, Devin Gilfillian, and more. Though free and grand in scale (it’s one of the premiere events in the country), even with the rain, the crowds are expected to be massive, so if you want to deal with tourists and traffic, just remember to pack your patience.

One of our favorite east side hangs, Rosemary’s New Year’s Eve party will feature Cherub’s Jason Huber holding things down with a DJ set. Admission is $20 at the door, and includes a champagne toast, so if you want a fun, local hang with good vibes and good tunes at a bar rather than a show, this is one of your best bets.

Beloved local hard rockers The Dead Deads are always a blast, particularly on special occasions, and with Slider, The Obamas, special guest DJs, dead corps horrors, and “the famous pizza blast,” it sounds like their second annual “New Year’s Eve abduction” is going to be a night to remember. If you want to ring in the New Year at a cool rock show in a tiny room, this’ll do the tick.

Our pals at Lightning 100 and Native Magazine are teaming up with Love & Exile Wines to host a “No Resolutions Required” NYE bash at Nashville Urban Winery in East Nashville. With DJs spinning throughout the night, an all you can drink Sangria pre-party, and more, this is a solid bet if you’re just looking for a fun east side hang and great tunes.

If you commit to going downtown, just know it’s going to be packed (even with the city’s official party no longer on Broadway), but if that’s your agenda, you can’t do much better than Acme Feed & Seed. This year’s party sees the hip honky tonk transformed into AcmeWorld, with Coach & Rate DJing on the third floor, and Trapped on Earth and Southern Avenue playing the first. We’d advise showing up early though, with a limited number of tickets still only available at the door.

Lots of happenings around town feature DJs spinning, but for a straight up EDM party, Limelight has you covered with probably the best bet of the night, featuring Said the Sky, along with Vanic, Lucy Jane, Souljunk, and WICASA. If you’re missing Bassnectar’s old Nashville NYE parties, this could be a solid substitute.

Iconic local jazz/fusion performers The Wooten Brothers are holding it down at Rudy’s Jazz Room, for a classy and cool NYE party that should satisfy any jazz lover of discerning taste. We’re not surprised to see this one sold out in advance, especially with d’oeuvres included a post-midnight DJ set from DJ Niro on the agenda as well.

With ’90s and ’00s cover bands on Cannery row, ’80s fans looking to get in on the NYE fun might instead want to head to 3rd & Lindsley for another famed local cover group: Guilty Pleasures. The band’s lineup is a pretty star-studded mix of local performers, so you can be sure they never disappoint.

For a more intimate DJ and EDM night, look no further than The Back Corner. This is definitely one of the pricier happenings in town, but the performers are top notch, the room is super cool, and tickets include access to an opener bar, so the rest of your expenses will be minimal.

Prince die-hards rejoice: tribute act Purple Masquerade are paying homage to the late icon with a set at The High Watt. The venue’s other rooms have more general parties happening, but if you’re a Prince super fan and/or would rather retreat to a more intimate room, this does seem like a cool pick.

Like the idea of a honky tonk NYE but don’t want to commit to the craziness of downtown? Slipping over to the Nashville  Palace might be a good comprise! The Opry-adjacent venue hosts their typical old school country faire, and though there’s no cover, if you’re looking to eat or drink, they’re offering some packages that could save you some dough.

While Cannery hosts the bigger bash with My So-Called Band, if you’re more into the ’00s than the ’90s, the Mercy Lounge has you covered with Y2K Madness, with live house band performances of all of the biggest hits of the ’00s. After midnight, DJ Russ takes over to keep you dancing late.

Falling somewhere between rock, jazz, and electronic mayhem, Asheville’s Papadosio boast a jam-y, space rock sound guaranteed to keep you vibing into the New Year. Along with Russ Liquid Test and CBDB, Marathon has another big show with tickets still available (for now), with ticket prices falling a bit below some of the flashier other options.

ooIf you’re looking to keep the party going LATE (or, technically, to kick off 2019 right), After the Ball Drops at H.O.M.E. in East Nashville doesn’t even start until 1:30 a.m., with an all night dance party set to last until 5:30. Note: you’ll need to show up before 3 to attend, and ticket sales end at midnight, so plan accordingly if you’re trying to party well into the new year.