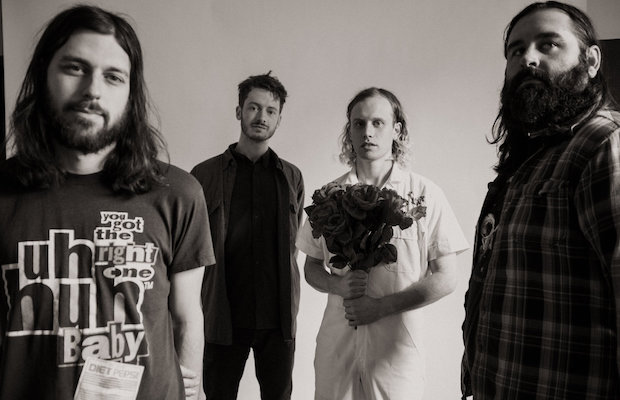 Hailing from Cleveland, Ohio, The Sidekicks emerged over a decade ago from a more rigidly punk scene as high schoolers, spending many years, countless days on the road, and several releases finding what would become a more pop punk and, eventually, hook-laden and broader indie rock sound, exemplified and perfected on their latest album, Happiness Hours, one of 2018’s best records so far.

It’s been an exiting few years for the group, who, despite being on Epitaph and hitting the road with acts like Against Me!, have almost entirely transcended their punk roots to find a punk-adjacent, golden era indie infused and critically-adored sound, honed by veteran producers like Phil Ek, and, now, John Agnello. It’s been a few years since they last hit Nashville (R.I.P. The Stone Fox), but that changes tonight, July 10, when The Sidekicks return to headline The High Watt.

Tapped to support, Philly’s The Spirit of the Beehive adopt a raw, ambient, almost shoegazey flavor of alternative, and their criminally-underrated 2017 full-length sonic treat Pleasure Suck is essential listening. And opening things up, locals emo and pop punk outfit Secret Stuff are among the best of Nashville’s underground punk acts. They’re prepping to release their first full-length soon, so show up early (and grab tickets here while they last)!

The Sidekicks, The Spirit of the Beehive, and Secret Stuff will perform tonight, July 10 at The High Watt. The show is 18+, begins at 8 p.m. (doors at 7 p.m.), and tickets are available to purchase for $12.