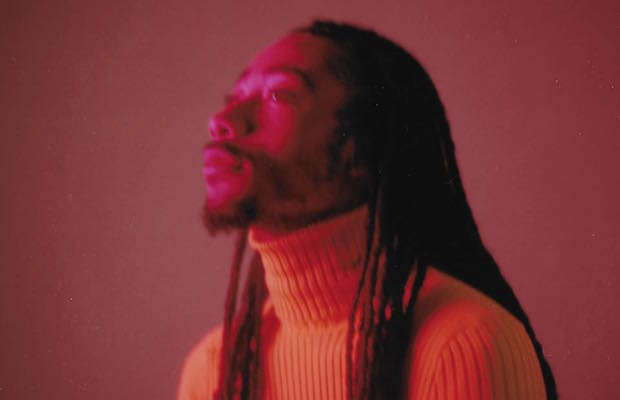 Raised in New Jersey by a musically inclined, Harvard scholar, Holistic doctor, social activist mother and a ’70s and ’80s funk musician father, Topaz Jones, born George Jones, developed both an early affinity for classic funk and soul, as well as pop, hip hop, and the contemporary sounds of his youth (notably, he started a “boy band” with childhood friends, and released his first “mixtape” at a mere eight years old). An avid fan musically well-versed, retro-checking, and unique hip hop acts like Outkast, Jones, a graduate of NYU (and a social activism and music business scholar in his secondary school years), began making waves in the hip hop world with his 2014 effort The Honeymoon Suite, finding further, more widespread acclaim for 2016’s Arcade and some excellent more recent singles.

At only 25, Topaz Jones has already developed a reputation for crafting personal, poetic, and expansive music that feels true to his retro funk roots, fusing a sort of adventurous, bold Afrofuturism with a more modern, honed, and intellectual flavor of hip hop, akin to but not quite like Kendrick Lamar, Kid Cudi, and the aforementioned Outkast. While certainly more heavy on hip hop in some years than others, Bonnaroo has maintained a pretty good track record lately in nabbing interesting, substantive, up and coming rappers carving a niche outside of the mainstream (you definitely won’t hear an ounce of trap in Jones’ sound). Set to close down the Who Stage at the fest’s first night, Topaz Jones is an exciting find you’ll want to make a must-see.