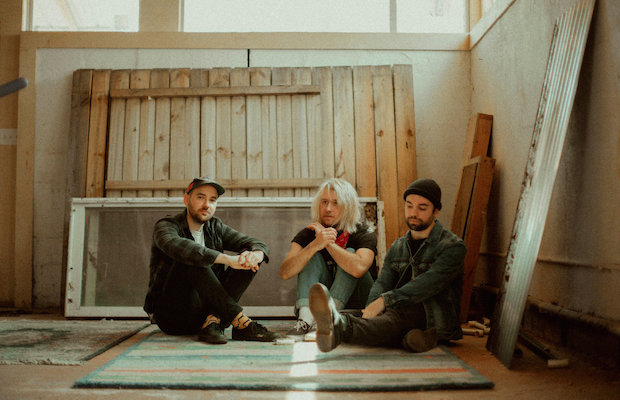 Formed after frontman Angelo Fiaretti relocated from his native Pittsburg to Atlanta for a new musical start, indie/garage/alt rock outfit MIGHTY first caught our ear with their earnest, raw, impressive debut EP Bye, Have Nice! in 2015. Since then, the band have become an even more prolific and increasingly buzzed about fixture in the DIY scene, further honing their craft ahead of their phenomenal recent self-titled, full-length debut. Forged in DIY punk and art spaces by a young singer shedding demons and discovering an artistic identity, the group have evolved into an expansive, resonant, and eclectic must-know act, wavering between punk and grunge aggression and dreamy, shoegazing post-punk. Tonight, May 31, the band return to Nashville to head up a show at popular house space That 70’s House, with a stellar local bill that helps make this one of the week’s most promising happenings.

Founded by members of promising but short-lived local project Cellars, Low Mass bounded onto the scene swinging in 2016, shortly after their formation, with bombastic and intense debut single “Churches.” Based on its strength and a buzzy handful of live appearances, the group earned positive early praise, and landed on the radar of producer Gary Cioni (Crime in Stereo, Free Throw, Sorority Noise), who recorded their debut EP, Sleepwalker, which arrived last fall, exploring a range of dynamics, melodic intensity, earnest, personal, and angsty themes, and an overarching element of melancholy.

Adopting a more conventionally pop punk sound, trio Borderline Natives released their debut EP, Indecisive, Indecision, last year, and are hard at work on a followup, adopting a sound that both pulls from the hugely popular pop punk scene of early last decade, and updates it in line with the new crop of young bands with similar sensibilities, like Neck Deep or State Champs. And opening things up, post-rock and shoegaze infused local favorites Tape Deck Mountain are an act we’ve been dialed into for a few years, and a hell of a compelling reason to arrive early!

As with any house show, be sure to chip in for the touring band, respect the space, keep it clean and free of pests with the use of services as pest control olathe ks to get everything ready for the show. The address isn’t published, but you won’t have a hard time finding it if you ask around. Enjoy!