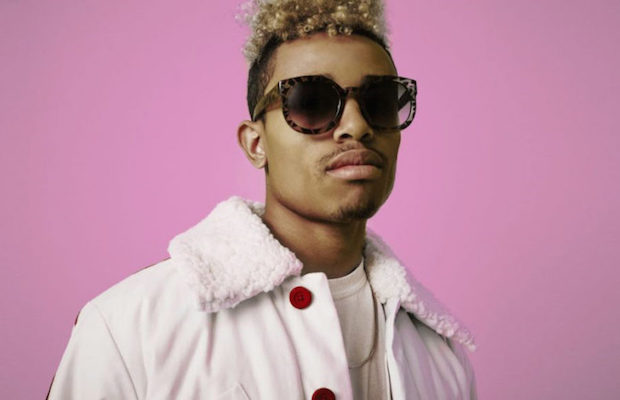 If you’re not avidly dialed into the hip hop and r&b scene, chances are you might not know the name Leven Kali. But if you’re a casual fan of artists like Drake, Playboi Carti, or Topaz Jones, there’s a strong likelihood you’ve heard his smooth, soulful voice gracing a recent track. Born Leven Simon-Seay in Holland, but raised in Santa Monica from a young age by two musical parents, Kali dabbled in music all his life, performing in jazz band throughout school and former collaborative partnerships with a variety of longtime friends, all the while seriously pursuing golf and eventually attending college. Along with manager and hometown friend Tommy Nowels, Leven began to more seriously focus on a full-time career in music a few years ago, and thanks to a series of high-profile guest spots, production and wiring credits, and a string of buzzworthy singles, the singer, producer, and multi-instrumentalist is fast becoming a must-know talent.

After three excellent singles, “Joy,” “Smile,” and “Yours,” managed to light up the blogosphere last year, Leven made even bigger waves with his recent “Do U Wrong,” featuring Syd. Bringing an infectious, upbeat vibe and influences ranging from jazz to hip hop to motown, neo-soul, rock, G-funk, west coast r&b, and dance worthy pop, the now 23-year-old has also worked with big names like Skrillex, Ty Dolla $ign, and Thundercat, wound up being sampled on a Drake track, and prominently landed a feature on Playboi Carti’s high-profile debut, proving versatile with both his production and performance chops, and well as his singular artistic talent. Late night sets for new artists on Bonnaroo’s smaller stages can sometimes get lost in the shuffle, but we can’t recommend enough you make Leven Kali a high priority- with his tight live band, positive vibes, and insanely cool style, he’ll sure to set the whole weekend off on a high note.