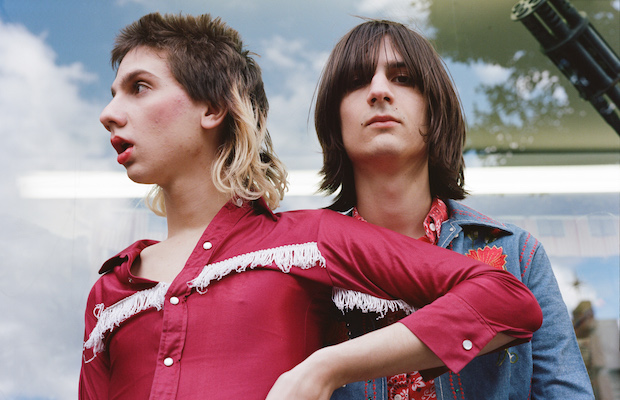 The Lemon Twigs might be the best band at Bonnaroo this year, and they’re not even old enough to legally buy alcohol yet. Made up of brothers Brian and Michael D’Addario, the Twigs hail from Long Island and were raised by musical parents (their father, Ronnie D’Addario, had a successful career as a songwriter and producer in the ’70s and ’80s), and, though they formally came together just a few years ago, could be traced back to collaborations as early as elementary school. At only 19 and 17, respectively, the D’Addario brothers focused solely on music after a few successful years as young actors (a profession they hope to return to eventually), and tapped Foxygen’s Jonathan Rado to helm their first proper album as The Lemon Twigs, Do Hollywood, which dropped last fall on 4AD, transforming them into seemingly overnight press darlings, and earning praise from improbably huge names like Elton John and Alice Cooper.

While retro is all the rage, and it’s hard to tag a band so intertwined with nostalgia as “the future” of anything, The Lemon Twigs deal in retro influences like paints on palette, creating a sound and style out of place and time; a truly exciting prospect and compelling argument that they are, in fact, one of the most important new acts of their generation. Melding Beatles and Bowie esque baroque pop and psychedelia with more contemporary, synthy, youthful indie rock, dense with harmonies and unorthodox melodies and off-kilter pop flourish, the multi-instrumentalist brothers craft breathtaking and unparalleled songs, further enhanced by their visual flair both in image and presentation, their style a fluid mesh of gender norms, fashion era, and post-futurism, and their videos a surreal, theatrical, and compelling experience.

The Lemon Twigs both immediately sound like a dozen bands you love, and like no other band on earth, and the more time you spend with their music, the more you realize that they’re only using familiar points of reference as a way to expand their craft beyond the artists from whom they’ve taken influence, to a degree of skill even more jaw-dropping when you consider their young age. As likely a candidate as any to be headlining festivals like Bonnaroo someday, given the limitless potential of their debut, of most any band at any stage all weekend, The Lemon Twigs should be your highest priority to catch.

WATCH | “I Wanna Prove to You” (Official Music Video)