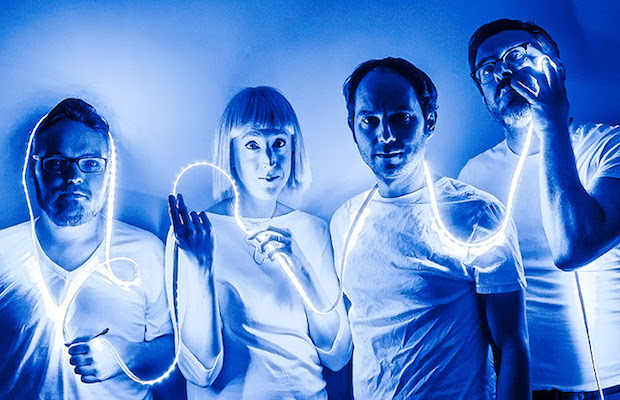 Nashville indie rockers Scale Model are back boasting an expanded lineup, an upcoming EP, and an ’80s new wave-inspired and synth overloaded single, “Other Voices” that needs to be on your new music radar now.  The band’s announcement includes news that they’ve added bassist Aaron Irons (The Non-Commissioned Officers, Jasmin Kaset) to their ranks, and the expanded sound is immediately noticable in the lush, dance-ready soundscapes that propel “Other Voices” through visions of Depeche Mode, while vocalist Megan Rox soars above as though channeling Annie Lennox.  The forthcoming EP, Afterglow, which officially drops April 21, was recorded, engineered, and mixed at Battle Tapes, and the cover art was designed by multi-talented Scale Model drummer Steve Cross.

Scale Model will celebrate the official EP release on May 12 with a show at Little Harpeth Brewing, along with fellow locals Sleeptalkre and Pet Envy.  The performance will also feature a photo booth and LED light show, and the $7 cover will get you a download card for a copy of the EP.  Head below to dig into “Other Voices”!