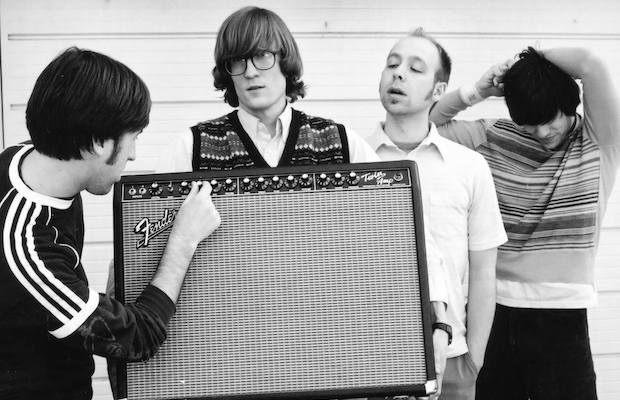 Before New Nashville was all the rage, and many, many years before our little site was even an idea, a power pop group with retro flair called Jetpack had an impressive early run, earning comparisons to fellow locals The Features (and undoubtedly influencing bands that formed soon after, like The Pink Spiders), meshing ’60s pop and rock hooks with the contemporary sound of the early ’00s, which co-existed with pop punk’s last big boom, and predated the indie and garage rock explosion of a couple years later. Though much smaller and more niche than today, Nashville’s rock scene at the turn of the millennium still produced plenty of great bands, but all the more notable with Jetpack is the fact that they never exactly went away. After a few EPs and an eponymous debut, which attracted the attention of major labels, the group were forced to change their name after a legal dispute, and for a little over a decade, they’ve operated under a moniker you might be more familiar with- The Nobility.

Lineup changes and changes in sound, shifting towards a more baroque pop influence, have, over time, made the group feel like two different bands (there’s definitely stylistic overlap at the time of the name change), which makes their “reunion” of sorts, tonight, March 20 at The End, featuring the original members of Jetpack under the original name, playing just the classic material, all the more nostalgic. Another blast from the past, poppy indie rockers The Comfies were prolific local artist Benjamin A. Harper’s outlet before his soulful turn with Magolia Sons, and the retro pop more recently released under his own name. Like Jetpack, they’re bringing back their lineup from over a decade ago just for this show. Isaac Alexander also supports, and tickets to this weeknight walk down memory lane can be snagged right here. We spend a lot of time talking about the best of now, but this is a rare opportunity to take a time machine back to a cool moment in Nashville’s musical past; don’t miss out!

Jetpack, Isaac Alexander, and The Comfies will perform tonight, March 20 at The End. Music starts 8 p.m. (7 p.m. doors), and tickets are available to purchase for $7.