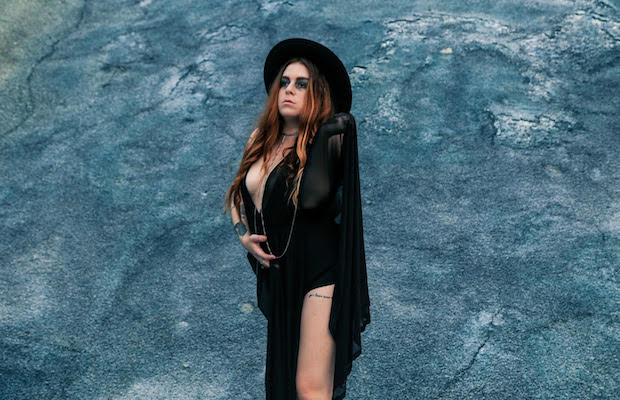 Psychedelic blues pop singer Kim Logan has long been a fixture in the local scene as well as a favorite of ours ever since the release of her self-titled debut LP in 2013. We recently premiered Logan’s gritty, Vance Powell-produced single “Neighborhood,” from recent release Pseudoscience: Chapter 1, and, today, we’re especially excited to debut Kim’s stylish video for her latest single “Better Way.”

Produced by Brett Orrison, sound engineer for Austin, Texas psych kings the Black Angels, who also co-founded Levitation Fest and has spent several years on the road running sound for Widespread Panic, “Better Way” is a haunting, electric, and anthemic track, dripping in nostalgic psych rock influence while maintaining a contemporary bluesy, indie flair. The video, directed and produced by Logan, Michael Alley, and Cody Reid, perfectly captures the vibe of the song, and with its stylish visuals, artistic set pieces, and moody flair, it serves as a reminder as to why Kim Logan is one of Nashville’s most essential artists. Check it out below!