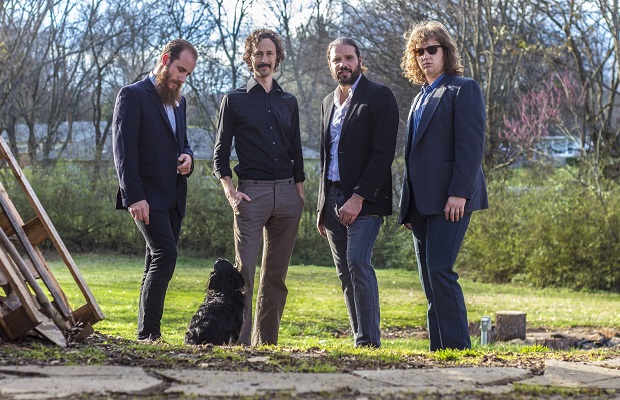 With roots-fueled jams and energetic shows, Nashville-based four-piece Cordovas have garnered a reputation as a must-see live act since its inception in 2011. Formed by singer-songwriter Joe Firstman, Cordovas is comprised of Lucca Soria, Jonny Loyd, and Graham Spillman. Although the group spends most of the year on the road, they always make their way back to Nashville, and are the latest band to record a stripped-down, intimate “Attic Session” performance for our friends at War Memorial Auditorium.

Playing from their forthcoming yet-to-be-titled LP, the Cordovas boast haunting harmonies on the tracks “The One Who Needs You Tonight” and “The Believer,” and finger-picking ferocity on “Angel Moon.” Check out the session below to see these performances, and hear the boys discuss their upcoming album, recorded at Electric Kite Studios in Nashville and produced by Kenneth Pattengale of The Milk Carton Kids.

You should also mark your calendar to catch the Cordovas’ notorious live show during Lightning 100’s Thunderground showcase tomorrow, July 7, at The Basement East starting at 8pm.  The show also features blog faves Oliver Ocean, Shannon LaBrie, and Bruns, and you can grab your $3 ticket here.