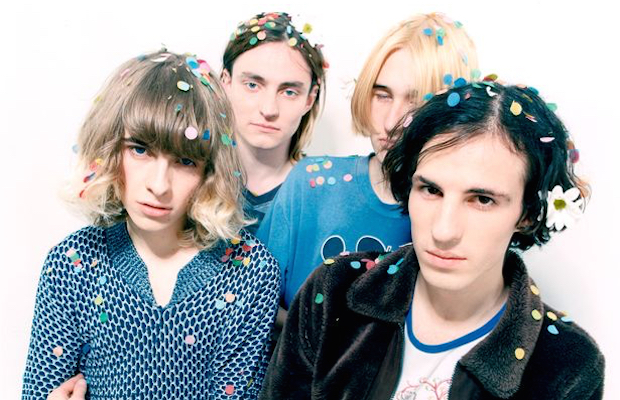 British buzzband Swim Deep, comprised of vocalist Austin Williams, guitarist Tom Higgins, drummer Zachary Robinson, bassist Cavan McCarthy and keyboardist James Balmont, started off as a dreamy indie rock band back in 2011. Their debut LP, Where the Heaven Are We, quickly conjured up comparisons to the mellower moments of bands like Tokyo Police Club and Ra Ra Riot for its guitar-driven shoe-gazey sound. The group helped highlight a new crop of Birmingham-based rock bands like Jaws, Juunk and Sky Children, who are identified more for their flippant attitude more than a specific unifying sound.

The year 2015 held an exciting departure for the five-piece, with a weirdo psych-pop change in direction for their sophomore LP Mothers. With track titles like “One Great Song and I Could Change The World” and “Namaste,” it’s no wonder how the band landed on this year’s Bonnaroo lineup. It’s not all acid and synths, though; there is concrete soul songwriting at the core of Swim Deep’s heady compositions. If you’re looking for a groovy mix of British indie rock and thought-provoking acid pop, make sure you check out Swim Deep’s set.