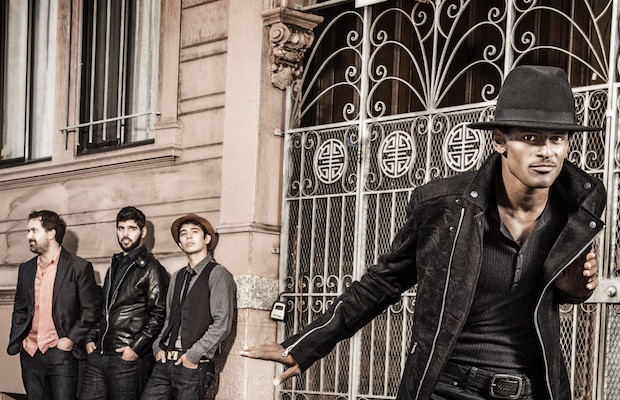 Relatively new to the scene, San Francisco sextet Con Brio, named after the musical direction for “with spirit,” formed in 2013, and released their debut EP, Kiss the Sun, just last year, which has led to subsequent touring and and ever-growing following. Led by young, charismatic, soul singer extraordinaire Ziek McCarter, the band’s rhythm section, bassist Jonathan Kirchner and drummer Andrew Laubacher, already had a musical history together before joining up with Ziek and guitarist Benjamin Andrews. Horn players Marcus Stephens and Brendan Liu rounded out what would become Con Brio, and the rest is history in the making.

Pulling from influences in funk, r&b, soul, and dance music, Con Brio combine old and new, bringing old soul sensibilities to contemporary crowds, and doing so with a fiery passion, slick style, and a live show polished well beyond their years. A wonderful, funky addition to Bonnaroo’s 2016 lineup, the group are gearing up to release their first full-length this year, and while likely have plenty of new tunes ready to showcase on the farm!

LISTEN | “Never Be the Same”