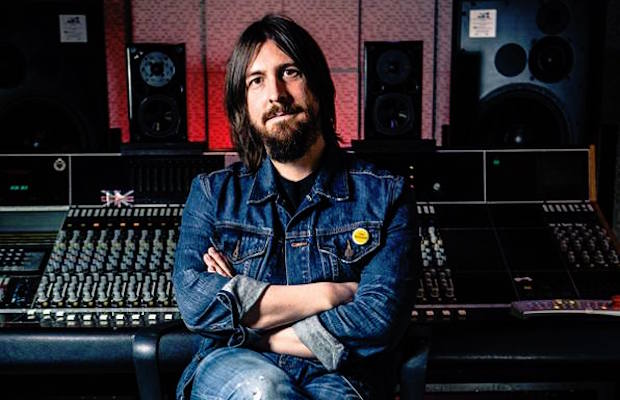 In the summer of 2014, historic Music Row recording space RCA Studio A made headlines when it faced demolition from prospective new owners, then was miraculously saved in an effort led by long-time tenant Ben Folds, which led to its acquisition by a group of preservationist investors, and kept Folds’ lease intact to operate the studio and complex. Investing over $1mil in rent and upgrades since he first took over as tenant in 2002, Folds began leasing the space out to other artists back in 2009, and is now ready to fully hand over the keys, citing an incredibly busy tour schedule and commitments to other projects, including an involvement with the Nashville Symphony. While it’s sad to see Ben, such an important figure in ensuring that Studio A will live on for many years to come, exit, there’s more than a little reason to get excited about the studio’s new tenant and producer in residence: Dave Cobb.

Thanks to his work helming Chris Stapleton’s Traveller, which was actually recorded at Studio A, Sturgill Simpson’s Metamodern Sounds in Country Music, Jason Isbell’s Southeastern, and efforts from Anderson East, Shooter Jennings, HoneyHoney, Jamey Johnson, and countless others in recent years, Cobb has quickly become Nashville’s hottest producer, and his influence is helping shape a new generation of honest, revivalist country acts who serve as an alternative to much of the mainstream bloat. His production has also proven commercially lucrative, with Stapleton’s latest on track to become the best selling country album of the past 18 months, and critically-praised, with multiple Grammy nominations, most recently a contender for Producer of the Year.

In addition to operating out of the Music Row space, Dave will continue renting it to other artists and producers for use on a select basis, and will headquarter his Elektra Records imprint, Low Country Sound, in the building. The label will release a Cobb helmed compilation album, Southern Family, on March 18, bringing a star-studded lineup of artists together to pay tribute to songs of the south.

RCA Studio A was found in 1965 by Owen Bradley and Chet Atkins, and has served as the recording space for legends like Elvis Presley and Dolly Parton, as well as more contemporary acts like Kacey Musgraves and Miranda Lambert. April 1 is when the changing of the guard will occur, and we can all rest easy knowing that it will be in good hands.