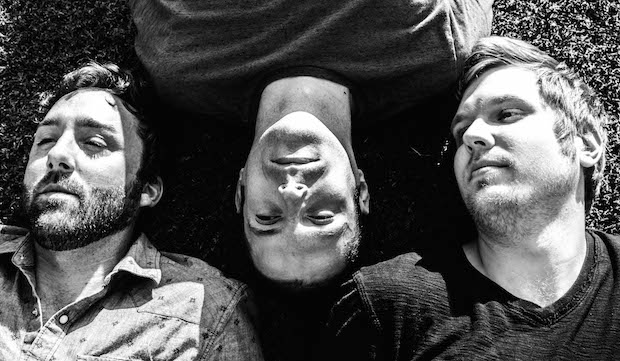 It seems like forever ago that we first introduced you to indie rock outfit Haunted Device when we took over The 615 program on Lightning 100.  Their self titled debut EP featured the “Haunted Device” title track that was on steady rotation around the No Country digs for quite some time.  So, it was a no brainer for us to jump at premiering the new single, “And Then We Turned Into Ghosts,”  from their upcoming debut LP, Enter The Wave, due out on October 13th.

From our first listen, the record represents a collection of all that has been great about rock music from the past few decades.  The vocal styling is a throwback to 80’s alt-rock, while the music is clearly influenced by everything from the aforementioned alt-rock to 90’s grunge to the more danceable 00’s indie rock.  Enter The Wave was recorded at Screen Door Records (Megajoos, Penicillin Baby) by Justin Kirkland.

While you have to wait a couple more months for the album, you can at least get a taste with our premiere of the (fittingly titled) single “And Then We Turned Into Ghosts” below.  Keep these guys on your radar, because we expect big things from them in 2015.