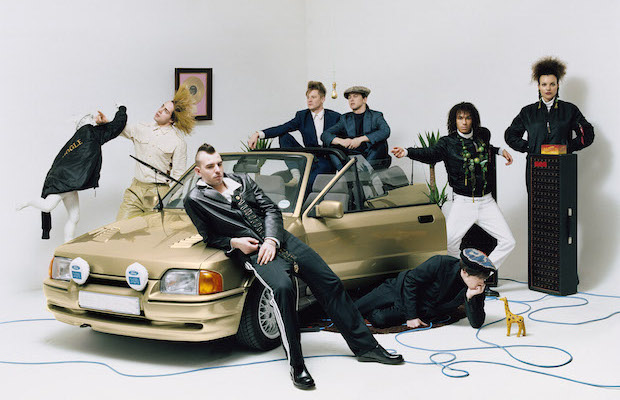 More a modern funk/soul musical collective then just a band, Jungle are London-based outfit who have just two simple goals in mind for you this summer at The Farm: enjoy yourself and dance. Founded by life-long friends Tom McFarland and Josh Lloyd-Watson, who got their start playing in other English bands like the moderately successful Born Blonde, Jungle formed around 2013, with just as much work being put into the aesthetic behind the music’s artwork and videos, as the actual arrangements. Over the next couple of years, the group worked hard to develop its sound by collaborating with different artists across many different disciplines. To perform their music live, instead of just relaying on play-backs through synths/laptops, Josh (J) and Tom (T) have recruited a seven plus member band bridging a large gamut of styles, sounds, and instruments.

They released their self-titled debut album last summer through XL Recordings, which has been described as a combination of tropical percussion, wildlife noises, falsetto yelps, psychedelic washes, beaconing bass and mid-tempo 1970s style funk. Jungle are no strangers to the fest circuit; they played Glastonbury and SXSW in ‘14 and Coachella this year, but you should be there when they make their ‘Roo debut. We know we want to see what all the fuss is about for ourselves, so we’ll have our dancing shoes ready. Hope to see you cutting a rug for one of the funkiest bands on the line-up.