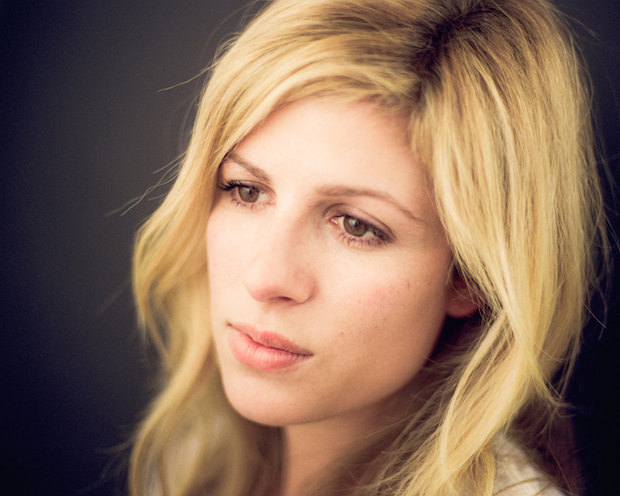 Local artist Jessie Baylin’s highly anticipated, Dark Place, releases today (April 7th) on Blond Rat (Baylin’s own indie label via Thirty Tigers), and, let us just tell you, that it is an incredible piece of work for Baylin and collaborator Richard Swift.  We had a chance to sit down with Jessie over coffee (and wine) to discuss the evolution of her music and herself as a musician.  It was an insightful chat from a truly humble artist.

Read on for the interview, and make sure to grab a copy of the new record today!  For those of you in the Nashville area, the best spot to grab the record is probably at Grimey’s for her in-store tonight at 6pm or at her performance Saturday night at 3rd & Lindsley (tickets are available here).  For those of you that live in places without a local record store, grab your copy at her website.

No Country: When we listen to Dark Place, and Little Spark for that matter, there is such an apparent evolution in your music. Let’s talk about how you feel you have evolved in your process as a musician:

Jessie Baylin: I felt really free with my early work, and it was all working really well. Then fear started to influence me for several years, so I sort of broke that apart. I figured out who I wanted to be, and took the time to write Little Spark. I lived a lot through that process and moving to Nashville…

NC: You were in Los Angeles before Nashville, right? How long were you there?

JB: I was in Los Angeles for 7 years. So, I put in my time, and worked really hard when I was there. But, it just didn’t make sense to be there anymore, and I also liked the idea of getting out of that town alive. That felt exciting to me, especially after I’ve seen so many people that had gotten into that little hamster wheel of hope. It felt good to kind of commit to something that felt true to me, when I moved to Nashville and got married. And, very soon after that, I started working on Little Spark.

NC: Tell us about that process.

JB: I really took the time to listen to a lot of music, and try to erase everything that I thought I was before. It was a process of reintroducing myself to myself, really. I was able to realize what my strengths were, and where I needed to find people to fill in the blanks for the stuff I couldn’t do. That’s when I found Richard Swift and Kevin Augunus on that project, and Richard and I connected immediately. It was like “Brother? Sister?” Just that instant bond, which we still have.

NC: I’m sure a number of our readers know that Swift is an acclaimed musician and producer that, besides you, has worked with the likes The Shins, Damien Jurado, Guster, and the list goes on, not to mention that he has recently spent some time on the road with The Black Keys. So, what did the creative process look like with the two of you?

JB: He took these raw songs and arranged them in such a way that was really exciting to me. He also played most of the instruments on the record, along with Casey Foubert who is also an incredibly talented guy, but Richard was really the driving force on the music end. I had some ambitious ideas for Little Spark, and really put it all out there. He was able to sonically capture the sounds that I was going for at the time.

NC: What was the process of releasing it like?

JB: The record took forever to come out. It was truly exhausting. I cried many nights. I honestly thought I was going to lose it, because I truly felt like I had created something so special… and so perfect for me in that moment. I still listen back on it, and think about how proud I am of it. But, I couldn’t get it out. I would send it to everyone, but they would say to me, “I love this, but you’re not going to tour, and you’re a wife now. You’re not hungry enough.” We finally found a home in Thirty Tigers and found Kim Buie, who totally changed my life.

NC: So, how did you transition to Dark Place?

JB: I called Richard and asked if he could fly out to meet because I just had to work on some new material. So he brought his four track to record an EP. I start calling friends to see if we could borrow all of the equipment we would need. It just all worked out, and we did the Pleasure Center EP. When we were finished, we knew it was the foundation of the next project. It was weird and really lo-fi. So, we wanted to bridge the gap between those projects, and that was really the birth of Dark Place.

Then I get pregnant, and go through a world of emotions through that and have a lot of new challenges as a new mommy. You know, the rush of hormones and the fall of hormones is no joke. It pretty much shut me down for a year before I could finally start writing again. Then Richard came back to visit, and it all poured out of me. We had five songs in four hours. It was just ripe for the picking… effortless.

Of course, as I was supposed to head out to Oregon to record with Richard, I started questioning what I was doing. I mean, I just had some iPhone demos. I didn’t think I was prepared at all. I told my husband that I didn’t need to go out there to do this yet, and to leave my family. He pretty much pushed me out the door. I got to Oregon, where Richard had just put his mother’s ashes out to sea after she died suddenly. So, there were all of those emotions for him, and I was terrified and missing my family like crazy. But, as soon as we started, everything melted away, and we, just like, cabled into the album. We just let it define itself, ya know?

NC: There is something about Dark Place that is so visceral with emotion pouring out of it. So, it makes a lot of sense that you guys were both struggling with that.

JB: Right. Like Little Spark was very planned. I had an idea, and I really brought that idea to life. With Dark Place, we just let it all out.

NC: So, the title of the album is pretty much the perfect descriptor of the hard times that you guys were going through then.

JB: Absolutely. It was just sort of the vibe that I saw in my head. I started journaling, and that loosely became the title track. You know, the idea that I have this part of me, I mean we all have it, that Dark Place. And, in many ways, my daughter and my family filled that void for me, and saved me from being my own worst enemy. It was also this acknowledgement that my child, because she is human, is more than likely going to have this place in her as well, and, it’s okay. It’s just about what you chose to fill the place with that truly matters in the end. So, for me that is kind of the mission statement about the album.  There is a lot of hope in each song even though it is moody, raw, and sonically has some relentless punches when it needs them, but there is also a lot of love in the lyrics, even when it might be ugly.

NC: So it is almost like a gift to your daughter?

JB: Totally. I mean, I certainly hope so.

NC: Were there others that were part of where Dark Place came from?

JB: It was really a lot of me and Richard, but it wouldn’t have gone anywhere without my cheerleader, Nathan (her husband), telling me not to deny these songs. He’s always been supportive of me, but, when the person you share you life with tells you, “This is your message right now. Go make this record.”, that’s inspiring.

JB: Right. Beyond supportive. I mean, even though he knew that I was saying a lot of things about myself and, I guess, potentially us and my family. He wanted me to get these songs out.

NC: So, what’s next? I mean, you’re releasing the record this week, but do you want to tour the record, or is that hard with a family?

JB: Sure. It would be hard to do with a family. I would love to play a bunch of dates with the record though, but touring isn’t easy. It’s hard as a business. It’s hard to make the money work. You know, the band has to get paid to be out on the road with me, and even if I’m selling out club level shows, it’s hard to go out at that level and not lose money. So, I’m hoping the record is well received, and there is a demand for more dates, because I would definitely be up for it.

NC: You do have a few dates lined up for now though, including a show at 3rd & Lindsley on Saturday right?

NC: Have you and or Richard started working on new songs for another album? Or are you taking a minute to take a deep breath.

JB: Well, it’s a lot of work to do a record. Both, in time and energy and financially, so I would have to figure that out before I move into another record. But, the crazy thing is, as soon as we finished Dark Place, I wrote a new song and he started a song that he sent to me. And, I just wrote another new song, so we have like three songs for the next project, if or when that happens. I’m really only focusing on getting Dark Place out for right now.

NC: Of course. Well, we’re excited to see the response to Dark Place, because it’s a great record. Thanks for taking the time to chat with us.

Dark Place releases April 7, 2015, and you can catch Jessie Baylin at Grimey’s tonight for an in-store and Saturday night at 3rd & Lindsley.