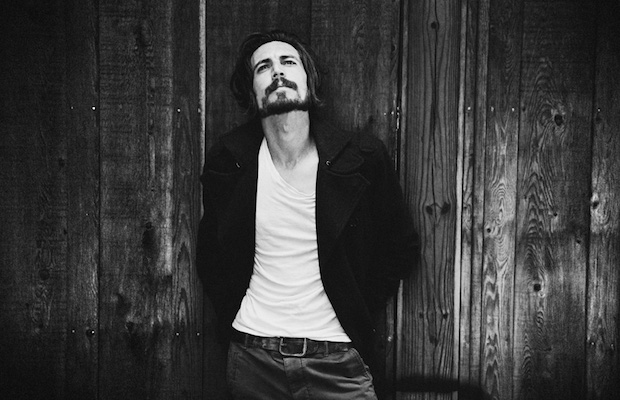 I had spent most of the day recovering from the Caroling Party that NCFNN had co-hosted at the Stone Fox on Friday night so I was well rested by the time I got to the Mercy Lounge Saturday night for Augustana and Scars on 45.   I got there about 8:45 and the place was about half full with the infamous “Nashville Gap” already filling in nicely.  The show had been moved from the Cannery to the Mercy at some point, which seemed to be the perfect size.

Both bands have played Live On the Green and other local venues in the past year or so, but apparently like spending time in Nashville.  Keep reading to hear more about their most recent visit. 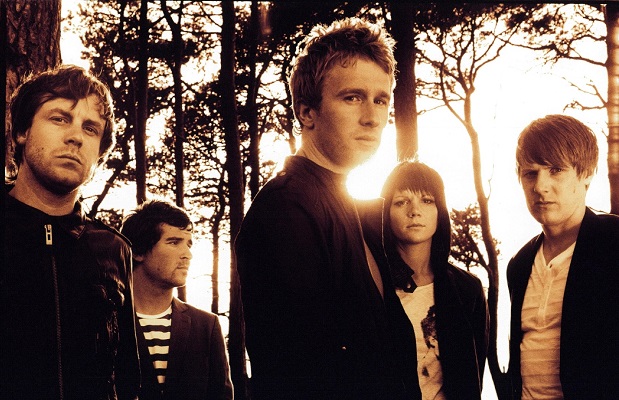 Scars on 45. Photo by Steve Gullick.

UK’s Scars on 45 hit the stage sharply at 9PM.  The lead singer, Danny Bemrose, advised that the other vocalist, Aimee Driver, was not here so they would be carrying on without her.  I was not that familiar with the band and didn’t recognize the first couple of songs, but did the third song, “Heart on Fire”, from radio and, apparently TV.  After the song,  Bemrose engaged in some friendly stage banter referencing football (soccer to most of us), and advising that the show was the end of seven weeks on the road with Augustana.  Apparently, they too had hit the town the night before celebrating the birthday of drummer, Chris Durling.  Rounding out the band are Stuart Nichols on bass guitar and David “Nova” Nowakowski on keyboard, piano, and backing vocals. They played another familiar song “Golden”, and then jumped off the stage into the crowd for an unplugged version of “Tasted Every Tear”.   At least, I think that was the song since it was hard to hear from where I was standing but the people in the immediate area seemed to enjoy it.  They finished up their too short set with “Give Me Something” and their latest single “Crazy for You”.  I had noticed a sign indicating their merch wouldn’t be available until after their set which seemed a bit strange.  However, it was because the band was working the merch table themselves which provided an opportunity for fans to engage with them, get autographs and photos.  Based upon my brief interaction, they seemed to be really nice folks.  I thoroughly enjoyed Scars on 45 and am looking forward to seeing a full set by them…hopefully, with Aimee back.

Augustana was formed in Southern California during 2003.  Their piano-driven sound generated early comparisons to Coldplay.  Their album All the Stars and Boulevards was released in September 2005 and included probably their most recognizable song, “Boston” which has been featured on a number of television shows, as have a number of their other songs.  In 2011, Dan Layus announced that the other members of the band had departed (amicably) but he would continue to tour as Augustana and was signed to a new record deal in July 2013.  The more recent sound has been compared to early Springsteen.  The most recent and fifth album, Life Imitating Life, was released in April of this year.

By the time Augustana took the stage, Mercy Lounge was comfortably full and the crowd was ready.  They opened with “On the Other Side”, “Ash and Ember” and another ten songs before finally addressing the crowd.  Layus advised that “the band” now lives in Nashville which segued into intoducing the next song “Must be Love” which was written with another Nashville local, Caitlyn Smith (who, unfortunately, didn’t make a guest appearance).  This turned out to be just past the halfway point as the band played another ten or so songs before closing the show.

Both bands play infectious songs which sound as though you’ve heard them before even if you haven’t, which is probably why both have had success on TV.  Other similarities between the bands include great lead vocalists who deliver well-written lyrics.  Augustana is more “rootsy” and at a different stage of their evolution than Scars on 45 with just their second album.  Highly recommend both bands to see live and pick up an album or two…