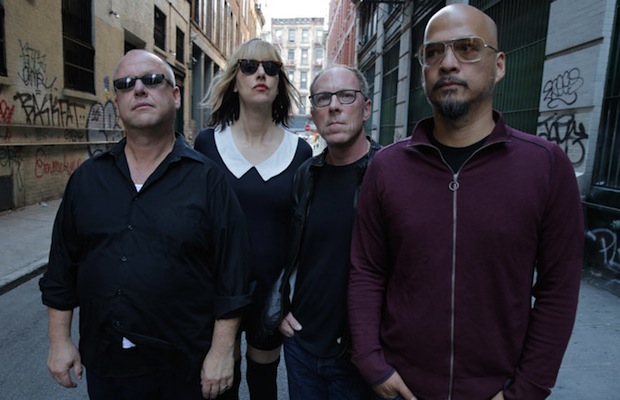 As we told you back in Oct., seminal alt-rock act the Pixies will return to Nashville Feb. 2 to perform at The Ryman Auditorium. Amazingly, tickets for the show, which also features Cults, are still available. Grab ’em while they last, because this one’s surely going to sell out.

Seemingly trying to make up for lost time, the Pixies have had more news, song and video releases, and lineup changes this year alone than in the past decade and a half. Summertime saw the departure of longtime bassist and founding member Kim Deal, and, just last week, replacement bassist Kim Shattuck was given the boot. Her replacement who, amazingly, is not named Kim, has been announced as Paz Lenchatin (ex-A Perfect Circle, Zwan). Additionally, the band have dropped a fourth (!!!) music video in support of their latest EP, EP1. Check out the animated “Another Toe in the Ocean” after the jump!