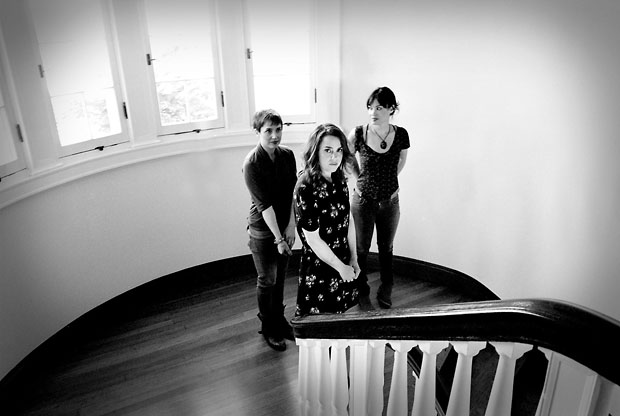 After months of rumors, Third Man Records formally announced this week they will be releasing the debut album from The Haden Triplets on February 3. The album was rendered and produced by American music legend Ry Cooder, who prompted the work when he approached them about recording it.

While this album will mark the triplets’ combined release debut as official bandmates, they are certainly not new to the scene. The daughters of jazz double bassist Charlie Haden, it’s easy to see how cellist Tanya Haden, bassist Rachel Haden, and violinist Petra Haden can bring to the album a strong tradition of American music and many years of experience in the music industry.

The sisters have performed and recorded together before, but it is at least as notable the myriad of music they have contributed to individually. Tanya Haden, who is married to actor, comedian, and musician Jack Black, among other things was recorded playing cello on the Silversun Pickups album Pikul. Rachel Haden brings a resume a mile long which includes musical work with Jimmy Eat World, Beck, and members of Weezer among others. Petra Haden also has a long list of accomplishments, including being a member of The Decemberists and also contributing to albums for artists like Beck, Luscious Jackson, Foo Fighters, Green Day, Queens of the Stone Age, and Weezer among others.

It isn’t easy to track down recent, quality recordings of the triplets doing the kind of close harmony work we are anticipating on this album, but we did manage to find some YouTube videos from a performance with Ry Cooder about a year ago. If this video shot of the wings backstage is any indication, we are in for a treat this coming February.