Do you remember us chiding you to get to know our pal’s The Coasts a while back?  They are from nearby Little Rock, and dropped their totally under the radar, lo-fi, psychy, surfy pop, self titled debut release in the Summer of 2011.  That record was on heavy rotation for quite a while around these parts, and we’re still begging them to get their ass to Nashville to play a show for us. 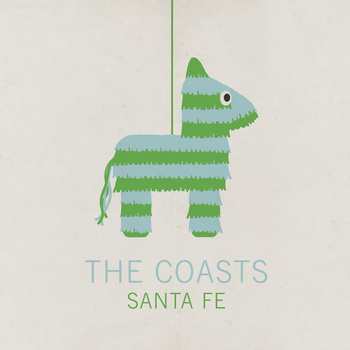 They are back at it again with a brand new EP, Santa Fe, for ya, and they also just dropped a Daytrotter session (does anyone other than me pay for Daytrotter?).  Have a listen to the new record below, and if you dig it drop the $8 for a copy of the disc.  A portion of the proceeds from the EP sales will go towards Hope For Haiti’s Children, and the rest better fund a stop in Nashville on a summer tour.  Great job fellas.  See ya soon!