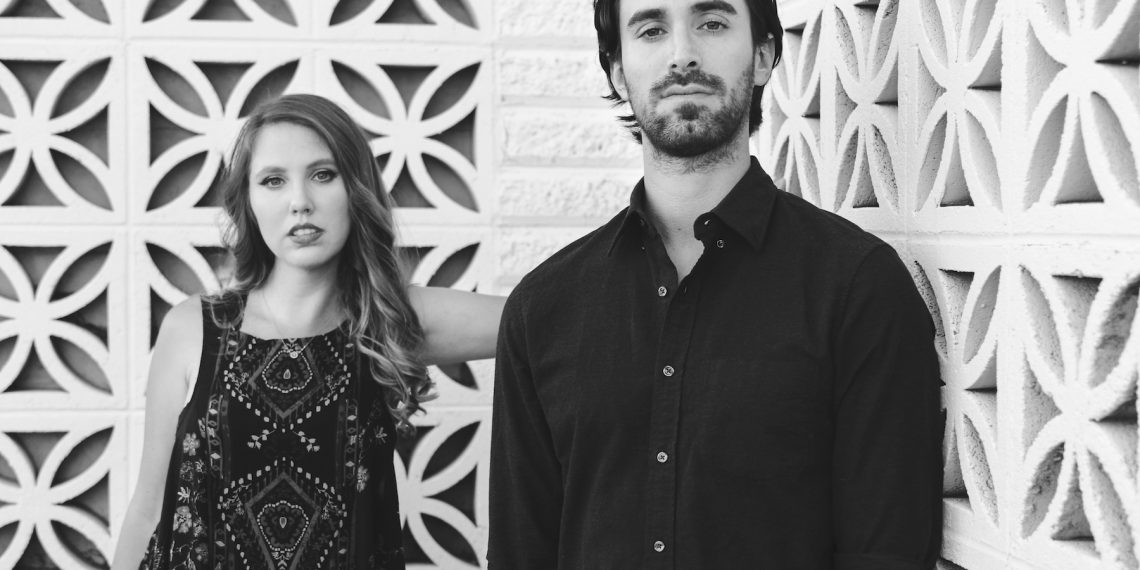 Formed 15 years ago in Long Island, New York, indie pop/rock duo The Narrative sprung onto the scene in 2008 with their debut EP, Just Say Yes, and further attracted buzz and critical acclaim with their self-titled, 2010 first full-length. Several successful tour outings, tons of online praise, and a loyal fanbase forged from their DIY ethos characterized the following years, but after 2012 b-sides compilation B-Sides and Seasides, the group’s activity became more intermittent. Longtime readers maybe remember back in 2016, we hosted the band, who’d by then relocated to Nashville, at our former Acme Feed & Seed showcase series, right around the time they returned with a fantastic, long-in-the-works sophomore album, Golden Silence.

Still based in Nashville, The Narrative- vocalist/keyboard player Suzie Zeldin and vocalist/guitarist Jesse Gabriel- returned to social media around the early days of the pandemic to share a stream of nostalgic throwback photos and memories, before unveiling their first single in several years, “Monoliths,” last summer. Though we’re still waiting on a new album (while they’ve not been as publicly active, the duo have been working on new material off and on all this time), The Narrative have returned once more with their first new song of 2022: “Little Boys Break Hearts”

On the inspiration behind the track, Zeldin writes:

“The song came from a conversation [my sister, Victoria, the inspiration behind ‘Little Boys Break Hearts’ and I] had after losing power at her apartment and taking a pretty epic walk from Midtown Manhattan to Park Slope, Brooklyn. Sitting down over a cup of coffee, exhausted from the trek, I remember her telling me in a careful and measured way that she was once again talking to a guy who broke her heart in college. I was worried; her excitement was palpable and I knew she was already in it all over again.

Some time later, she packed her things and moved across the country to pursue this relationship. It was around that time I met [Reed Waddle] and he helped me put some music to this song that had been writing itself in my head. It came together in one afternoon, but wasn’t recorded until this year.

Since I wrote it, so much has changed. My sister did eventually come home (you’ll get it once you hear the song) and she recently married the most amazing person (spoiler alert, it was not the ‘Little Boy’ referenced in the song).”

Reminiscent of the duo’s best work, “Little Boys Break Hearts” is awash with lush harmonies, tasteful and restrained production, and enchanting strings, all in perfect balance with its earnest, melancholy, and personal songwriting. Watch the lyric video below, and stream The Narrative’s latest on all platforms now!