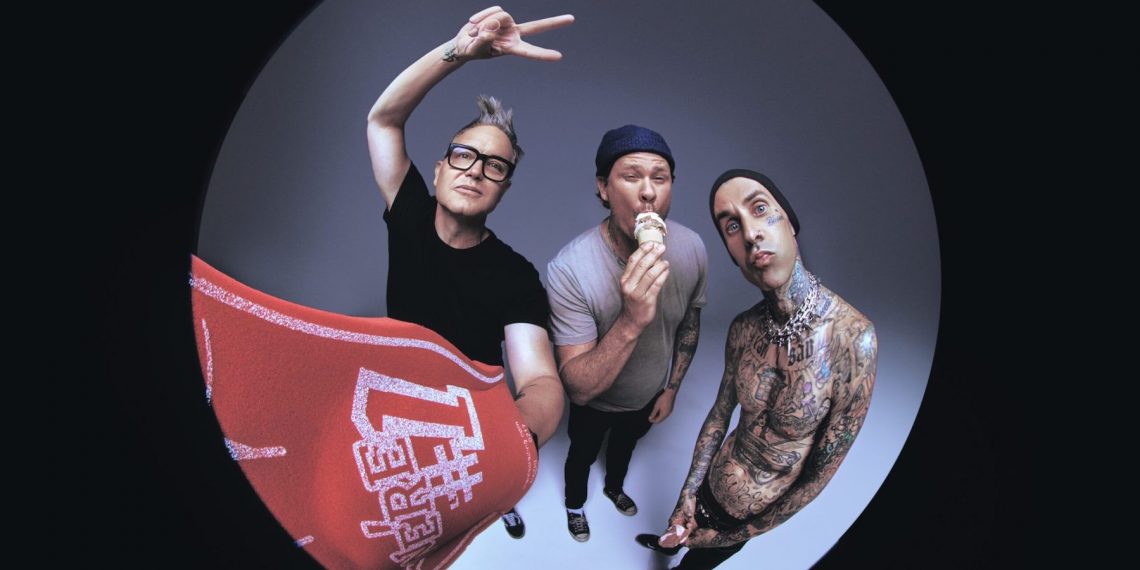 Arguably one of the most singularly influential acts in ’90s and early ’00s pop punk, who, along with peers like Green Day, helped catapult the genre in the mainstream, San Diego trio Blink-182 came together 30 years ago as a scrappy punk band, before finding massive success with their 1999 era-defining Enema of the State. Aside from a short-lived breakup from 2005-2009, the iconic band have never exactly gone away, but the past decade or so has seen their activity become much more intermittent, with other projects, health issues, and personal obligations often taking precedent, as well as the departure of co-founder and co-frontman Tom DeLonge in 2015.

Going on to record two new albums, 2016’s California and 2019’s Nine in DeLonge’s absence, with the assistance of Alkaline Trio frontman Matt Skiba (who also toured extensively with Blink in support), the group have persistently kept the spirit of Blink-182 alive, even as fan chatter about the prospects and hope of DeLonge’s return has followed them over the years. And then, after founder and co-frontman Mark Hoppus recently battled cancer, it intensified, as the trio, rounded out by prolific drummer Travis Barker, seemingly overcome their personal differences to reconcile as friends (mirroring Blink’s 2009 reunion in the wake of Barker’s near-fatal plane crash).

Now, after months of speculation, it’s official: Tom DeLonge is back in Blink-182, and the band will release a new album with their classic lineup- their first since 2011’s comeback Neighborhoods– sometime next year, with an extensive world tour announced in support! And not only that, but the North American leg of the trek will conclude right here in Nashville, July 16, 2023 at Bridgestone Arena with breakout hardcore outfit Turnstile! While the Skiba-led version of the band last played Music City in 2016 (still a long break between shows), this appears to be Blink’s first Nashville show with DeLonge in over 20 years, make it an essential outing for long-time fans of the group.

In celebration, Blink have dropped a new single and video, “Edging,” which, though fairly poppy and polished as their recent efforts have been, calls back to DeLonge and Hoppus’ vocal tradeoffs of their early works. Watch it below, and snag tickets to Blink-182’s Bridgestone show beginning Monday, Oct. 17 at 10 a.m. CDT right here (or through a variety of pre-sales- which are controversially quite expensive- right now).