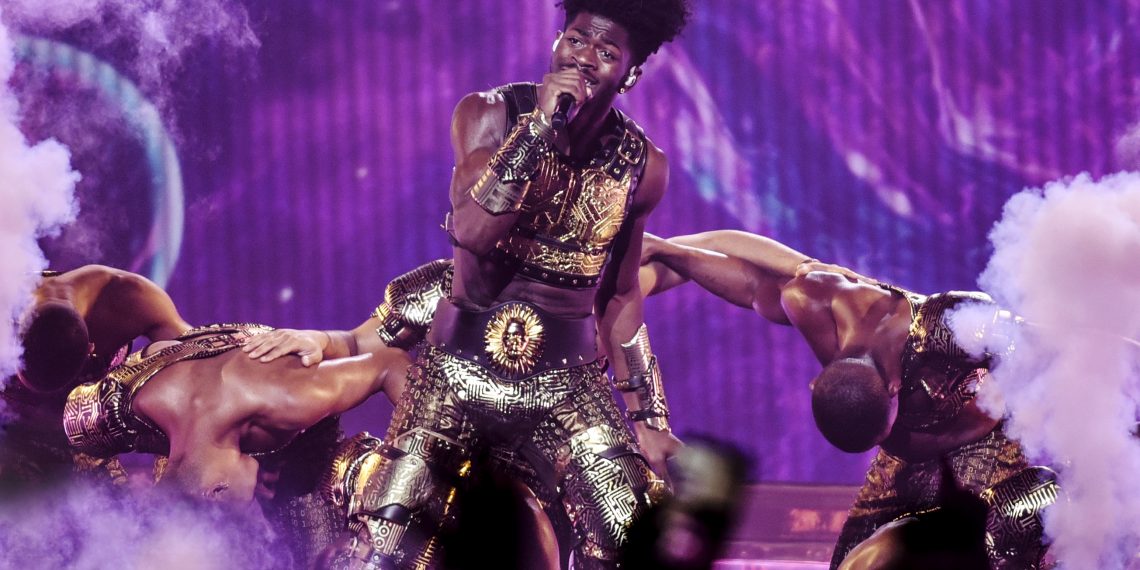 It’s hard to believe that three years after breaking records and erupting onto the scene with his genre-defying single “Old Town Road,” superstar rapper and singer Lil Nas X is only now in the midst of his first tour. But, between the pandemic and the perfectionist rollout of his debut LP, last year’s Montero, this weekend marked the young artist’s first full headlining show in Nashville; one of the most unique and electrifying performances we’ve seen all year.

No stranger to Music City, Lil Nas X famously found himself at odds with Nashville’s country music establishment when “Old Town Road” was first gaining momentum and was unceremoniously removed from Billboard’s Hot Country Songs chart, inspiring mainstream discourse about what country music even is, exactly, and prompting Billy Ray Cyrus to jump on the song’s most famous remix. Soon, the single became the longest-running number-one in Billboard history, and Lil Nas was making appearances at Nashville’s CMA Fest, and, later, at major awards shows and radio events. An EP and an album later, though, and the multi-faceted performer is decidedly more pop and hip hop than country these days, and every side of what makes him such a one-a-kind artist was on glorious display at his long-overdue Nashville return.

Postponed by a day (which, unfortunately, pitted him against Elton John’s final Nashville farewell concert), we were greeted by a marquee that proclaimed Lil Nas X’s show sold out, and collected Broadway-style playbill on the way in, featuring the singer as an angelic butterfly, complete with an explanation of the show’s theatrical concept and some very cool augmented-reality effects. Dubbed the “Long Live Montero” tour (LNX was born Montero Hill), the show was divided into three acts- Rebirth, Transformation, and Becoming- and the stage was adorned with curtains, gold flourish, and decorations that really did resemble a play (or a Vegas residency) much more than your typical pop show.

After a DJ warmup featuring some nostalgic 2000s throwbacks to get the crowd in a dancing mood, and a prerecorded video introduction and riff on the Wizard of Oz (“The Wizard of Naz”) which would return to began each act, the rapper kicked of his show with early hit “Panini” decked out in shimmering black and gold, the first of many outfits throughout the evening. When an artist gets this big before they have a lot of material, the question of how to fill a show can be a tough one, but with his theatricality, act changes, prerecorded bits, dance numbers, and charming banter, Lil Nas X turned 14 songs into a genuinely full and memorable night, performing with the confidence and polish of an artist who’s been doing this a lot longer.

“Old Town Road,” interspersed with a bit of Ginuwine’s “Pony,” appeared early on, but it fit with the first act’s theme of Rebirth, and got the already wildly enthusiastic audience extra loud. We wondered if we might see a guest appearance from Billy Ray, but no such luck (nor did nearby Louisville rapper and LNX collaborator Jack Harlow show up; though that seemed like more of a long-shot). Well-versed in memes and internet humor, the 23-year-old brought plenty of charm and jokes throughout the night, but, much like the duality of his music, he also filled the show with a lot of heart and sincerity, incorporating images of faith and homophobia (he famously came out shortly after breaking onto the charts) and self-acceptance, as the show’s later acts mirrored his own growth and journey.

Backed by an excellent troupe of dancers, who were voguing and twerking throughout and adding the grand production and theatricality of it all, Lil Nas put on a performance much more befitting of a gigantic pop star than your typical rapper, and as if Beyoncé wasn’t already on the crowd’s minds, Nas and his dancers literally paid tribute to the Queen B by dancing to her recent single “Pure/Honey” in the middle of the show. All and all- the over-the-top and ornate production, the choreography, the clothes, the imagery, the unabashed queerness, and the message- this performance felt so authentically true to who Lil Nas X is and the incredible journey the first few years of his career have been, and throughout the night he came off as sincerely humble and grounded, thanking the crowd, apologizing for the last minute date change (which probably accounted for what appeared to be a less than full room), and balancing his hilarious online persona with his larger-than-life pop show.

By the final act, which kicked off with last year’s inescapable Grammy-nominated hit “Montero (Call Me By Your Name)” and concluded with “Industry Baby,” it was clear that this show was something incredibly special; the perfect self-expression of one of the most unique artists making music today. Lil Nas X became a mega-star with a song built on a $30 beat and a meme-worthy cowboy aesthetic, and rather than squandering that 15 minutes of fame as some many lesser artists might have, he used that open door- a door even harder to walk through as a young, gay person of color- to genuinely make his own dreams come true, and to build a musical career we’re surely be watching for years to come.

Ending the night all alone, donning a silver outfit sort of resembling a spacesuit and draped in laser lights, as he performed recent single “Star Walkin'” for his encore, a pink cowboy hat was tossed onstage, where it wound up on his head; one fitting final reminder of Nashville’s inextricable place- for better or for worse- in the history of Lil Nas X.