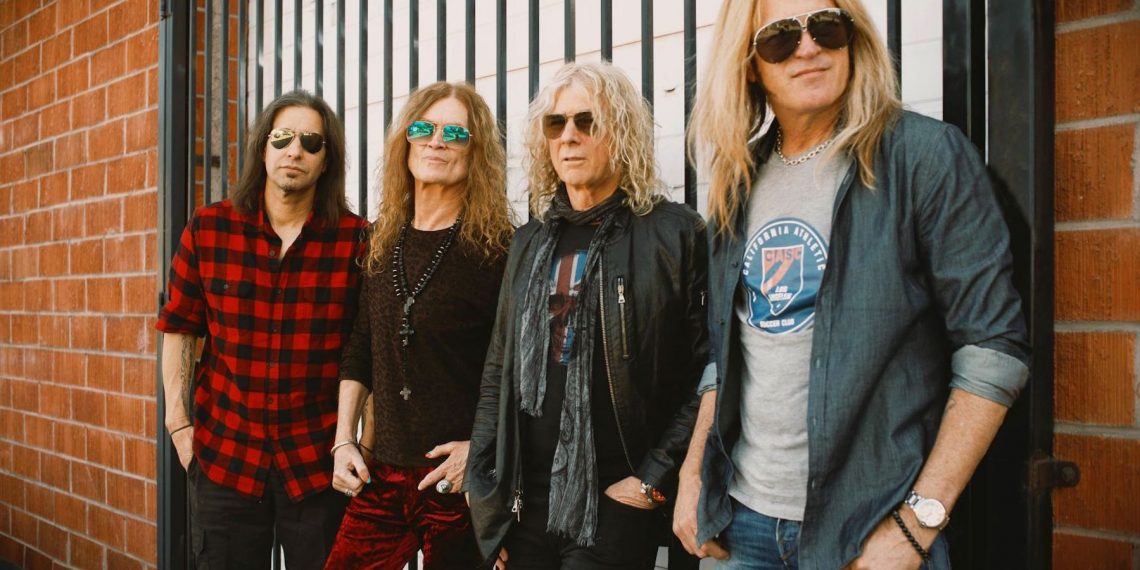 Founded a decade ago by Australian guitarist and businessman David Lowy, hard rock supergroup The Dead Daisies have had something of a rotating roster of musicians from iconic outfits (largely from the ’60s-’80s) over the years, with their lineup currently rounded out by drummer Brian Tichy (Ozzy Osbourne, Whitesnake, Billy Idol), lead guitarist Doug Aldrich (Dio, Whitesnake, Hurricane), and vocalist and bassist Glenn Hughes (Deep Purple, Black Sabbath, Trapeze). Out in support of new LP Radiance, the rockers are set to headline Eastside Bowl on Sept. 14, with support from long-running glam and hard rock outfit Enuff Z’Nuff, as well as Memphis favorites Joecephus and The George Jonestown Massacre!

A definite must-see for fans of ’80s influenced hard rock stylings, you can still get tickets to the show right here. We’re excited to announce that we’re also giving away a pair of tickets to a one lucky winner! Enter below, and scroll for a preview of the lineup.

The Dead Daisies, Enuff Z’Nuff, and Joecephus and The George Jonestown Massacre will perform Wednesday, Sept. 14 at Eastside Bowl. The show is 18+, begins at 8 p.m. (doors at 7 p.m.), and tickets are available to purchase for $25-50.