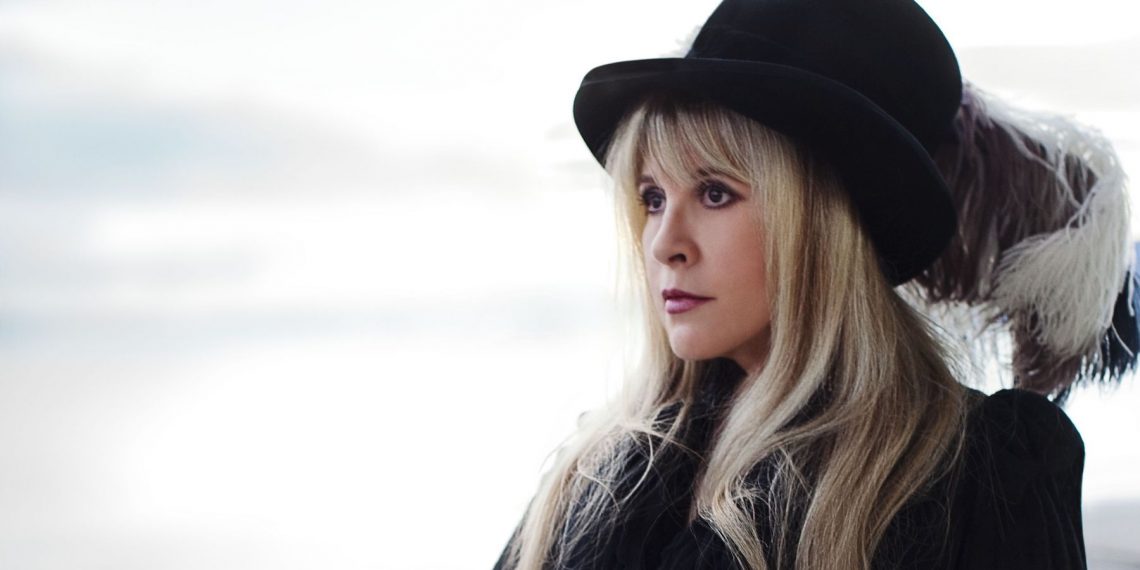 One of the most legendary and successful artists of all time, Stevie Nicks developed a love of music from her grandparents as a child in Phoenix, and began playing in bands as a teen upon relocating to California. She met Lindsey Buckingham, her future bandmate and romantic partner, during her senior year of high school, and joined his psych rock band Fritz in the late ’60s, cutting their teeth opening for legends like Jimi Hendrix and Janis Joplin. Following the group’s dissolution, the two continued on as a duo under the moniker Buckingham Nicks, though the band’s eponymous debut, their one and only record, failed to gain much traction. It did, however, catch the ear of Mick Fleetwood, the drummer, co-founder, and bandleader and English group Fleetwood Mac, which at that point had achieved moderate success as a blues rock band across eight albums in six years. Bringing in the American duo to broaden the band’s style, Fleetwood Mac’s first LP with Nicks and Buckingham, 1975’s Fleetwood Mac was an instant hit, and with 1977 followup Rumours, the group crafted one of the most influential, legendary, and commercially successful albums in rock history, an enduring classic that to this day remains Nicks’ most famous work. Heading into the ’80s, Stevie balanced her time in Fleetwood with solo aspirations, stepping out on her own for the first time with 1981’s Bella Donna, a mega hit and chart topper that produced some of Nicks’ (and music’s) most popular singles of all time. The ensuing years would see the singer alternate her time with solo releases and work with Fleetwood, resulting in several more commercially and critically successful efforts, all while touring the world, collaborating with some of the best songwriters of the era, being linked to some famous romantic partners, and infamously and publicly struggling with substance abuse. The ’90s would mark a bit of a darker period, as Nicks both departed Fleetwood Mac for several years, and also saw her solo artistry stunted by struggles with addiction. By the end of the decade, however, she was reunited with her beloved group, and entered the 2000s with new albums from both herself and Fleetwood Mac. Now in her 70s, Stevie Nick’s reputation as one of the greatest artists in rock history is cemented, and though she’s only released two original solo albums and one with Fleetwood Mac in the new millennium, she’s continued to tour both by herself and with the band, and also branched out into some acting (American Horror Story allowed her to embrace the at-the-time troubling rumors of being involved in witchcraft early in her career). Bonnaroo historically closed out the weekend with legendary, classic artists like this every year, and a return to that tradition feels beyond fitting for this year’s return fest. It should go without saying, but this should be at the top of your list for the weekend!