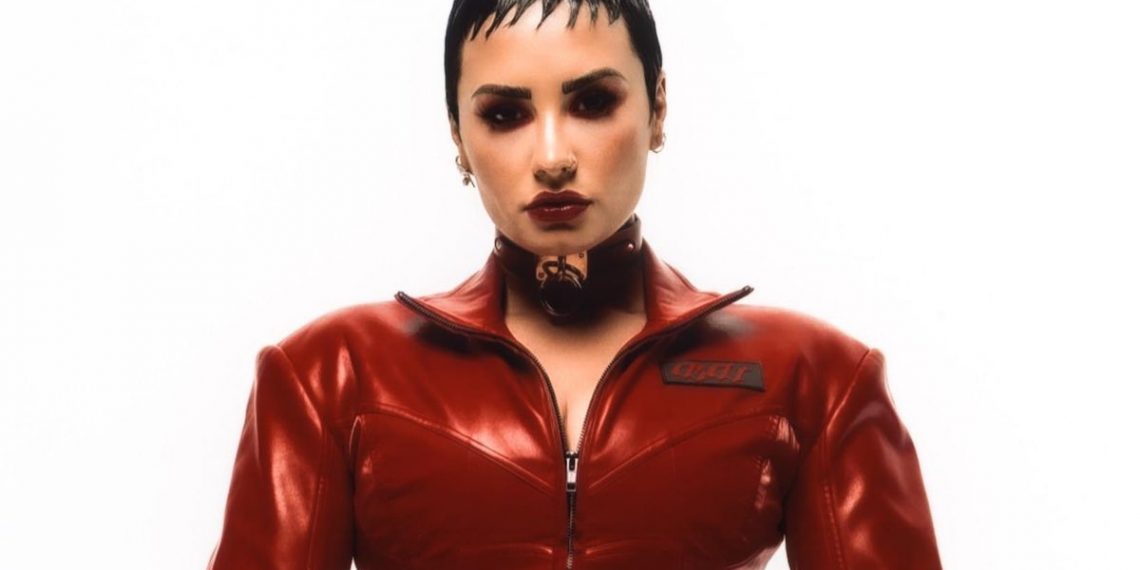 Though they first came to prominence as a teen actor on Disney Channel, singer Demi Lovato has, perhaps above all else, most flourished as a musician, swiftly becoming a radio fixture in the pop rock (and pop punk adjacent) scene of the late ’00s with debut album Don’t Forget in 2008. Over the years, Lovato (who is nonbinary and uses they/them pronouns) has adopted a more pop and r&b informed sound, and has maintained fame and a passionate following across seventh full-length albums, most recently last year’s Dancing with the Devil… the Art of Starting Over.

Outspoken not only about activist and philanthropic causes, but also about their own struggles with mental health, substance abuse, and trauma, the last few years have been something of a particularly trying period for Demi, and though their music has always operated as something of an outlet of expression and catharsis, its sound didn’t always match the weight of its themes. That’s set to change with forthcoming eight LP Holy Fvck, just out Aug. 19, which promises to be a return to Lovato’s rock roots, adopting an edgier pop punk and alt rock inspired sound, and largely ditching the pop stylings of the last decade.

First single and accompanying video “Skin of My Teeth” just dropped, and gives a glimpse of a raw, dark, and deeply confessional new turn for the singer (watch it below), In support of their latest, Demi also has announced a lengthy fall tour, featuring shows at some of the most intimate rooms they’ve played in years. After a more than a decade of appearing at Bridgestone Arena, Lovato’s first Nashville stop in four years will, for the first time, take place at The Ryman Auditorium on Oct. 25, both an exciting prospect for fans to catch the singer in a much more personal setting, and also certainly a frustrating one for those unable to get tickets as they’ll surely go quick.