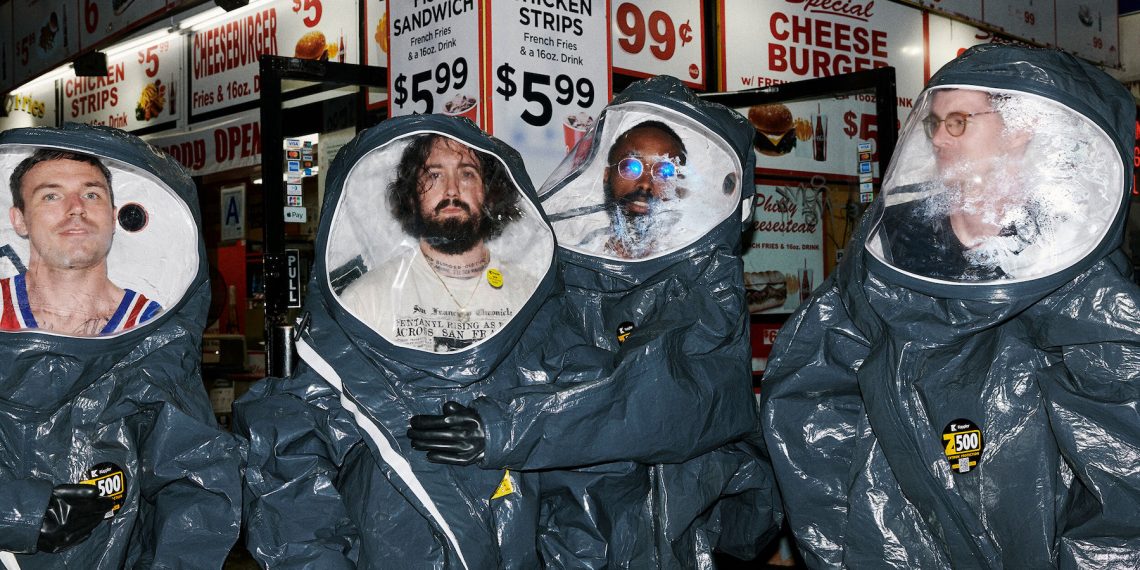 Philadelphia rockers Nothing are among the best at what they do, harkening back to classic shoegaze with modern indie and noise rock tendencies and echoes of a background in hardcore, all the while cranking things up unbelievably loud to help reinforce their weighty, emotionally dense thematic focus. More tragedy and misfortune has befallen this band, and specifically singer Domenic Palermo, than most anyone should be able to reasonably endure, earning them the reputation of “the world’s unluckiest band,” but, throughout struggles, they’ve only found more fuel for their now-decade-plus of fantastic LPs and string of early EPs. Formerly the vocalist of hardcore group Horror Show, Palermo did a stint in jail for aggravated assault (self-dense) in the early ’00s, briefly taking a break from music before forming Nothing back in 2010. Several years later, while on tour, he was mugged and badly injured, their label, apparently funded by the infamous Martin Shkreli, folded, and his father abruptly passed away, all in a short span of time, then a few years later the singer was diagnosed with CTE. Pretty heavy, huh? Whether music is their coping mechanism or just a necessity, Nothing play with an urgency, weight, and sense of endurance few bands can match, and their live show is intense, to say the least. After the group’s stunning breakout debut Guilty of Everything, critically acclaimed and slicker followup Tired of Tomorrow, and self-reflective and vulnerable third effort Dance on the Blacktop, the band were slated to begin recording their latest, 2020’s The Great Dismal, in February of that year, forced, like every other artist, to do so in strict quarantine, reteaming with famed producer Will Yip. The result is rather stunning; a more vibrant, layered, sonically dense, and sweeping record than anything they’ve made before, and also one more preoccupied with the isolated, bleak, and uncertain state of the world. One of the most earnest and vulnerable, and certainly one of the most loud and intense, performers you’ll find on the Bonnaroo bill this year, Nothing have become an unlikely festival staple for good reason: they put on one hell of a live show. We don’t have set times yet as of writing, but they’d be quite an evening or late-night vibe.

[TICKET GIVEAWAY] The HU w/ The Haunt | May 9 @ Cannery Ballroom