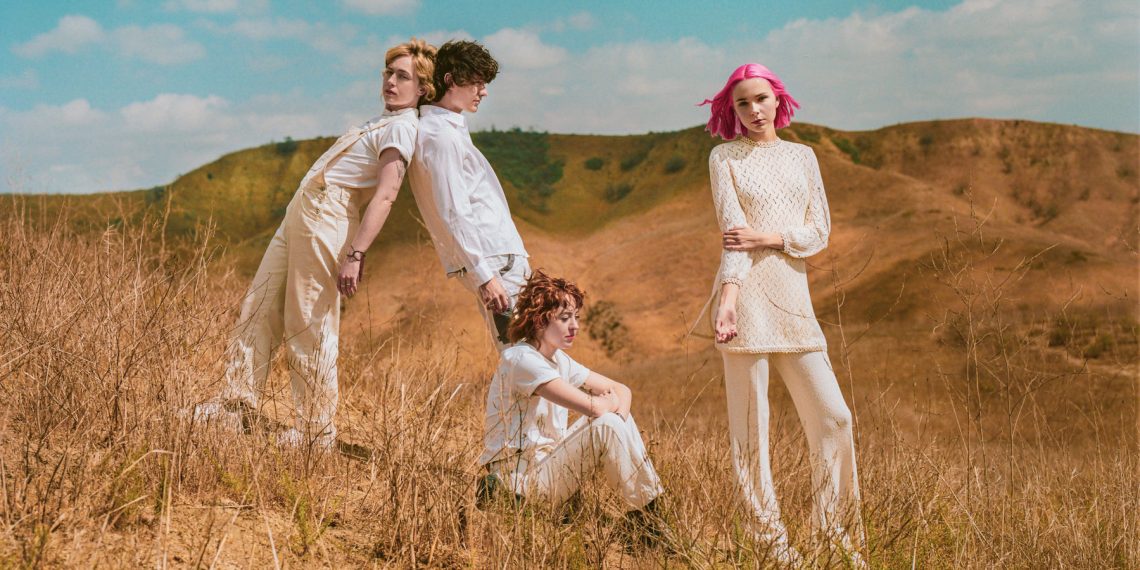 The project that would go on to become Los Angeles punk act The Regrettes first came together when frontwoman Lydia Night was just 12 years old, and by the time the group’s breakout first album, Feel Your Feelings Fool!, arrived in 2017, the band, who’ve since toured the world with a number of high-profile artists and performed at a variety of major fests (including their first time at Bonnaroo back in 2018), were all still in high school. Signed to Warner Bros. out of the gate, The Regrettes’ fusion of retro pop and doo-wop with grungy, contemporary garage punk stylings, all laced with unabashedly feminist themes and riot grrrl vibes made the group instant critical darlings, and has helped them amass an enthusiastic fanbase and transform the now 21-year-old Night, who’s in a long-term relationship with actor and musician Dylan Minnette, and who’s collaborated with the likes of Gerard Way and Morrissey, into something of a celebrity in her own right. Though 2019 sophomore effort How Do You Love? managed to refine and mature the teen punk stylings of their debut and tackle some more hefty and personal thematic territory, The Regrettes’ latest, Further Joy, which just arrived earlier this month, is by far the band’s biggest departure and most adventurous musical effort yet. At once more poppy and dance-primed and accessible, as well as more grown-up and confident, the new LP is also the most melancholy, informed by the weight of the world these past few years and molded by a chance to take a break and self-reflect and contemplate life and the present and goals and anxieties. Don’t let the sad-happy songs fool you though, The Regrettes are still a punk band at heart, and as they make their way through the festival circuit this summer in support of their best album yet, you can expect an electrifying and show-stealing return at Bonnaroo!