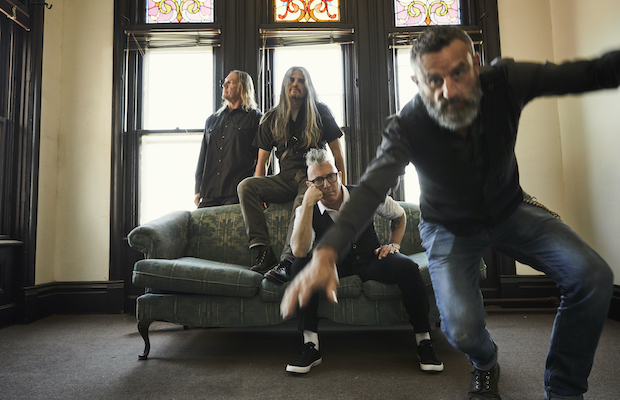 Back in 2016, beloved alt-metal/prog rockers Tool played their first Nashville outing in 15 years, a Bridgestone Arena headliner that we thoroughly enjoyed, but still left us wondering when we’d finally get a long-awaited followup to 2016 fourth LP 10,000 Days. Thankfully, ahead of the group’s return to Bridgestone tonight, Jan. 29, the long-running LA group finally made good on releasing a new album, last year’s critically adored, chart-topping, and recently Grammy winning fifth effort, Fear Inoculum. While recent years have also seen enigmatic frontman Maynard James Keenan bring his various other projects- Puscifer, A Perfect Circle, and even some solo endeavors- to town, longtime fans of the wide-ranging artist will surely be beyond thrilled to see him return with the band that started it all. Tool’s last Nashville appearance was more of a nostalgic one, but tonight feels like a celebration of the new as well; certainly an essential performance for long-time fans and newcomers alike. Given Keenan’s busy schedule and Tool’s tendency to disappear from time to time, there’s no telling when the band will be back in town, and with plenty of tickets left at various price levels, we urge to to snag a spot right here for tonight’s show, which also features support from San Diego industrial one-man-band Author & Punisher!