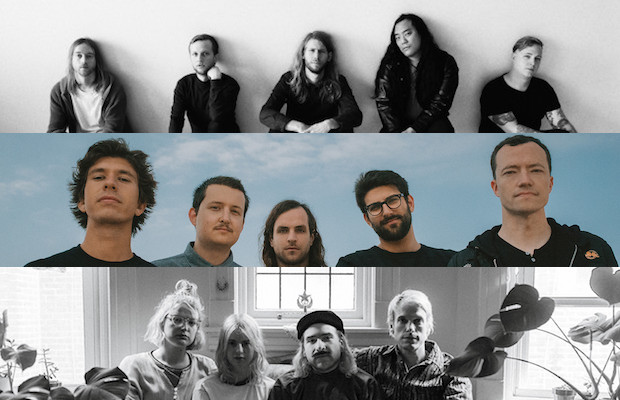 Formed 15 years ago in Grand Rapids, Michigan, long-running rock outfit La Dispute are beloved in the modern post-hardcore scene, amassing something of a rabid fanbase thanks to four phenomenal full-lengths, which pull from influences of emo, spoken word, indie, progressive, and experimental rock, resulting in one of the most unique and hard to pin down sounds in modern punk. Fiercely DIY-rooted and charitably minded, La Dispute are an incredible, genre-bending live act to boot, and their latest LP, this year’s long-awaited Panorama, a critical triumph and certainly one of 2019’s best under the radar efforts, further proves that the group can sustain and grow beyond the renewed buzz in emo and post-hardcore that helped elevate their whole scene earlier this decade. Tonight, Dec. 3, La Dispute make their Music City return at The Basement East in support of their latest, part of a stellar lineup that also includes Touché Amoré and Empath! We’re shocked to see that tickets are still available, but if you’re a fan of substantive, genre-bending punk and don’t yet have yours, snag ’em right here!

A visceral, genre-bending, impassioned, and often emotionally ravaging ball of art-punk angst and post-hardcore mastery, Burbank, California’s Touché Amoré have become of the premiere bands to showcase a balance between heavy and melody, all the while reaching for a higher concept than most any of their peers. Since first coming together in 2007, the group have unleashed four fantastic albums, each successively better than the last, with 2013’s Is Survived By arriving as something of a modern post-hardcore masterpiece, landing the group universal acclaim and netting them tours across the globe. After some time off, Touché returned with their fourth LP, Stage Four, in 2016, marking their most personal and essential LP to date, seeing vocalist Jeremy Bolm, a gifted lyricist and a singer capable of projecting so much emotion through his raw style, using his music as a way to cope and open up about the the untimely passing of his mother in 2014, turning tragedy into some of the most devastatingly beautiful songs the band have ever made. Also renowned for their intense live show and DIY roots, Touché totally re-recorded their 2009 debut …To the Beat of a Dead Horse, earlier this summer as Dead Horse X, so we’d expect quite a few oldies this time around.

Since springing out of Philly’s communal, queer, underground DIY punk scene a few years ago, lo-fi noise rock and art punk outfit Empath have asserted themselves as an exciting new group to watch, and are a really strong reason to be punctual. The unabashedly sensitive (the name isn’t ironic), pop friendly, new age loving band followed up a series of cool early EPs with last year’s cassette release, Liberating Guilt and Fear, and this year’s debut LP, Active Listening: Night on Earth, honing the group’s sound and finding an impressive balance between manic punk assertiveness and more subdued art and pop-tinged experimentation, helping earn them a rising wave of buzz, and tours with big-name acts like Iceage. Distinct from but complimentary to the rest of the bill, any one of these bands would be an essential winter outing, and all three together should be mandatory attendance. Don’t miss out!