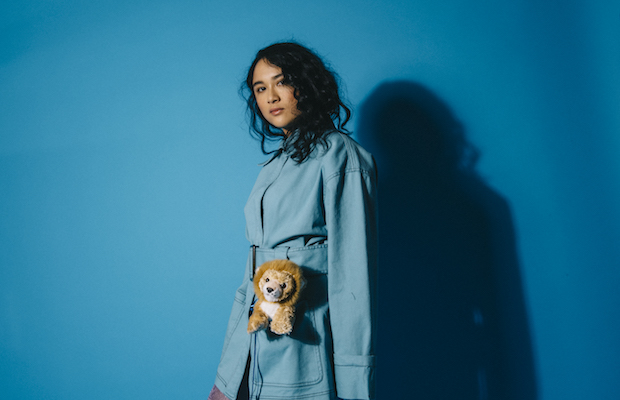 The live alias of Bay Area raised, LA based multi-instrumentalist Melina Duterte, Jay Som (a name apparently chosen at random via an online baby name generator) started as an outlet for Duterte to craft her obsessively DIY, hyper-personal, intimate, and eclectic bedroom pop, though the young singer, now just 25, has been playing music in some form or another for over a decade. After forgoing jazz school, another longtime passion, in favor of concentrating on songwriting and studying recording and production, Melina crafted and self-released a batch a demos, initially under her own name in 2015, that would become the first Jay Som album, re-released first by both Top Shelf and Polyvinyl Records in 2016 as Turn Into, after drumming up an unexpected barrage of internet buzz. Though more of a compilation than a proper debut, Turn Into earned praise from numerous high profile outlets.

After some time on the road in support, Duterte returned home and immediately set to work on a proper followup; the first truly cohesive and purposeful Jay Som release, and the one that would help her breakout out to broader acclaim, 2017’s Everybody Works. Entirely self-recorded and with Melina on every instrument, the album came together in just a few weeks, much of it written on the fly, and felt like an even more exciting leap forward, exploring elements of shoegaze, indie pop, synthpop, punk, folk, and even funk, all funneled through a dreamy, lo-fi lens, setting a template would be cemented and tweaked with each subsequent annual LP, 2018’s Nothing’s Changed, and this year’s latest and perhaps best record yet, Anak Ko, each exploring a bit more dense and thoughtful songwriting, but never straying far from Jay Som’s DIY core.

Artsy, personal, and emotionally resonant, Jay Som is now a certifiable indie darling and critical favorite, responsible for some of our favorite records in each recent year. Her return to Nashville tonight, Nov. 2, to headline The High Watt with buzzy Oakland country-tinged indie project Boy Scouts is, without a doubt, one of our most-anticipated shows of the fall, and a must-see for any fan of substantive and earnest indie rock, especially since it’s in such an intimate space! Snag tickets here while they last.