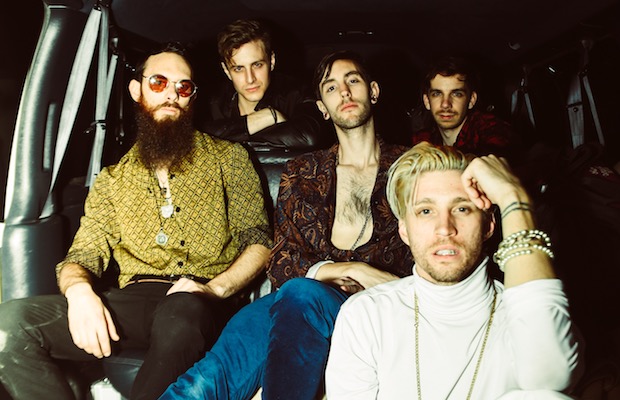 Regular readers of the site are surely already familiar with local rockers Jet Black Alley Cat, a group who, after first meeting five years ago, and bonding over shared personal upbringing and musical ambitions, have been steadily growing a respectable following thanks to their poppy, cinematic, and nostalgic rock stylings, and magnetic live presence.

Fueled by a string of strong early singles, the band released their debut album, Part One, in 2017, channeling an eclectic fusion of pop, pop rock, alternative, and glam, drawing influence from films as much as a diverse array of musical artists, and giving strong focus to their unique style and presentation. By last year’s followup EP, Motel, the group’s sound and thematic focus had become even more honed and confident, and between music video releases, streaming buzz, national tours, and shows with the likes of PVRIS, The Band Camino, Taking Back Sunday, and more, they’ve managed to attract an impressive and passionate fanbase in Nashville and beyond.

Set to return with their first new track of the year, Jet Black Alley Cat will official drop their latest single, “Ex Lover Syndrome,” tomorrow, Oct. 18, but we’re thrilled to bring you an exclusive early premiere before it hits streaming services- hear it right now below!

A track that we’re told “sets the tone for what’s to come in this new era of the band,” “Ex Lover Syndrome” navigates the all-too-familiar feeling of returning to an ex when you know it’s destined never to work out, and ignoring warnings from friends who know better. Anthemic and edgy, a bit heavier but still extremely pop accessible, the tune feels like the natural evolution of everything JBAC have released this far, boosted by polished and slick production that channels some of the more radio friendly alt rock of recent years.

In addition to the new single, Jet Black Alley Cat also have an exciting show coming up, Nov. 23 at The End! Dubbed “One Night in Nashville,” the band tell us that it’s “a yearly event we put together to bring out old and new fans alike for a night a good music and good vibes. Everyone is welcome at a Jet Black Alley Cat show and we love being able to give people a night to truly be themselves at ‘One Night In Nashville.'” An all ages event set to also feature some special guests, you can get tickets here, then stream “Ex Lover Syndrome” below!