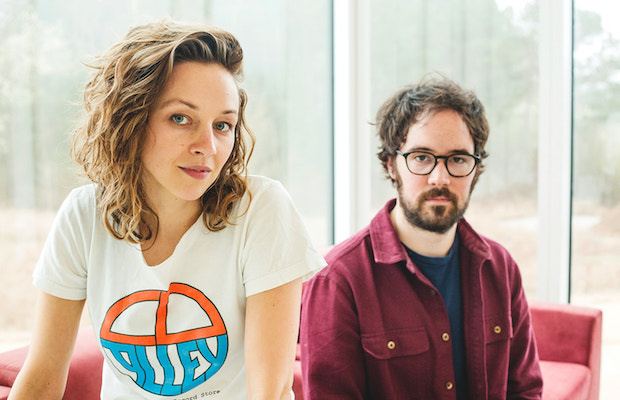 Out in support of their sixth and, perhaps, best LP to date, Tides of a Teardrop, beloved North Carolina folk/Americana duo Mandolin Orange are set to return to The Ryman Auditorium later their summer for not one, but two headlining dates, Sept. 6 & 7. Joining the band on night one is a new supergroup with an unbelievable pedigree, Bonny Light Horseman, made up of Fruit Bats’ frontman Eric D. Johnson, singer-songwriter Anais Mitchell, and guitarist Josh Kaufman, and tickets for both performances are still available here (9/6) and here (9/7) while they last! We’d suggest snagging your spot now as they’re going fast, but we’re excited to announce that we’re also giving away a pair of tickets to the Sept. 6 show to one lucky fan, if you’d rather leave it up to chance. Read on for more about the show and enter for a chance to win below!

Made up of  Fruit Bats’ frontman Eric D. Johnson, singer-songwriter Anais Mitchell, and guitarist Josh Kaufman, brand new supergroup Bonny Light Horseman have been tapped to support for night one (Sept. 6, currently the opener for Sept. 7, or whether it might be BLH for both, has not been revealed), and are so brand new, that we can’t even find any recordings (or detailed information) online just yet. They seem to have made their live debut last year at Eaux Claires, and sprung to life with social media earlier this year, in preparation of appearances at Pickathon and Newport Folk Festival, as well as a handful of club dates, before landing at The Ryman with Mandolin Orange. Given their insane pedigree (Kaufman has produced acts like The National and The Hold Steady, and performed and written with The War On Drugs and Hiss Golden Messenger, Johnson’s Fruit Bats are an indie darling, and Mitchell’s Hadestown is the first ever broadway musical written by a woman to win a Tony Award), we have no doubt their take on folk is going to be nothing short of magical. Show up early!

Winner will be announced Saturday, Aug. 3 at 12 p.m. CDT, and will receive one pair of tickets to the Friday, Sept. 6 night one show only. Tickets can not be redeemed or transferred for the Saturday show. Good luck!