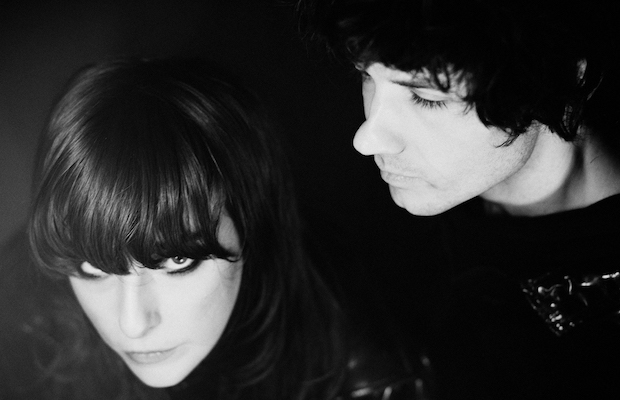 Dream pop/indie duo Beach House formed around a decade and a half ago in Baltimore, quickly finding buzz in the blogosphere with the 2006 release of their self-titled debut and 2008 cult favorite followup, Devotion. By their third album, 2010’s Sub Pop debut Teen Dream, the group had attracted certifiable mainstream success outside of the confines of the lo-fi/dreamy/shoegazey/chillwave renaissance they had initially been swept up as apart of, landing on numerous year end lists and finding broader appeal with festival crowds and through world tours, far and above beyond many of their peers. 2012’s Bloom would continue their pattern of crafting different and nearly flawless, evolutionary releases, and would bag them high-profile late night television spots and increased commercial attention, as well as continued appearances at fests like Coachella, Pitchfork, Sasquatch, and 2013 debut at Bonnaroo.

After some well-deserved time off, the duo, made up of vocalist Victoria Legrand and multi-instrumentalist Alex Scally, re-emerged in 2015 with not one, but two new full-length efforts, Depression Cherry, which scaled back some of the layered intricacies of their recent releases and reimagined their synthy, pulsing, hypnotic sound with a bit more energy and bite, and the darker, more intimate, and wholly distinct Thank Your Lucky Stars. Retuning last year with their seventh LP, aptly titled 7, Beach House continue to cement their legacy as one of the most talented, creative, an substantive bands to emerge from and evolve past the hipster-fueled trendy, indie rock explosion of last decade, and have become a compelling, hypnotic, and unrivaled live force over more than a decade on the road. An evening slot couldn’t be more perfect for their vibey, textured aesthetic, and though it’s a huge bummer to see them overlap with Solange, the duo’s return to ‘Roo should be a top priority.