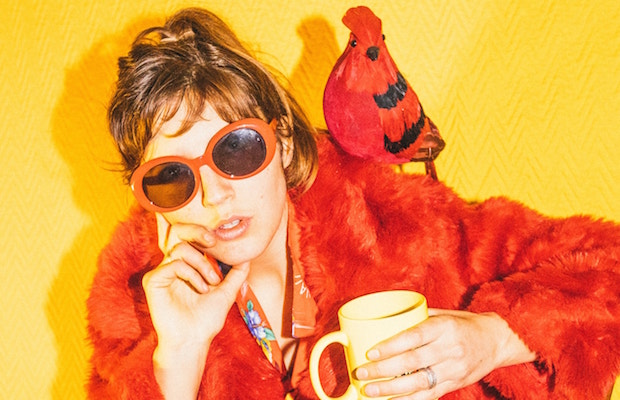 Few musical reinventions have been as stunning or as gratifyingly well-executed as Caroline Rose‘s turn from alt-Americana up and comer to full-fledged synth-punk-pop-feminist rock badass with her stellar 2018 sophomore effort LONER. Quirky, darkly funny, self-assured, and unique, Caroline Rose has never seemed more in tune with her own artistic self-expression, and when she last headlined Nashville, a little over a year ago and shortly after the album’s release, she wowed us with her latest musical turn. One of the many artists rained out last fall at Pilgrimage Fest, Rose finally makes her proper Nashville return on April 24, moving on up to The Basement East after a year of well-deserved rising buzz. Joining Caroline is another site favorite, Philadelphia’s Kississippi, who also evolved from a more folk-geared early sound to a punk and emo infused indie pop on last year’s debut LP, Sunset Blush, making for one stellar pairing of artists who’d both be must-see shows on their own, and feel essentially on a single bill. You can snag tickets right here, but we’re excited to announce that we’re also giving away a pair of tickets to one lucky fan! Read on for more about the show, and enter for a chance to win below.

Winner will be announced Tuesday, April 23 at 12 p.m. CDT, and will receive one pair of tickets. Good luck!

Caroline Rose and Kississippi will perform Wednesday, April 24 at The Basement East. The show is 18+, begins at 8 p.m. (doors at 7 p.m.), and tickets are available to purchase for $15.