The Who to Play Bridgestone Arena May 16 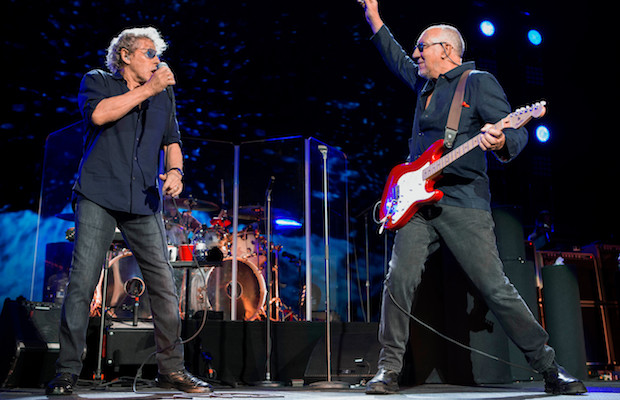 After a massive 50th anniversary tour a few years back (and some shorter runs, festivals, and special outings in the interim), British rock legends The Who are gearing up for another major run stateside, which is set to return them to Nashville for the first time in four years, May 16 at Bridgestone Arena. More than just another celebratory tour, however, news of the group’s latest also includes the announcement of a forthcoming new album, marking their first since 2006’s Endless Wire, and only their second since the early ’80s (the band were largely split from ’83-’96, and have more or less settled into their legacy as one of the last remaining titans of ’60s and ’70s rock ever since).

Anchored by singer Roger Daltrey and guitarist Pete Townshend (original bassist John Entwistle and, notoriously, drummer Keith Moon passed away long ago), The Who aren’t explicitly calling this a “farewell tour,” though, in a surprisingly candid recent interview with Rolling Stone, they did acknowledge that given their age, the future always remains uncertain, and they don’t plan to perform beyond a point where they don’t feel capable of properly delivering. Also of note, the band’s upcoming “Moving On!” tour will feature accompaniment each night from a local symphony (almost certainly the Nashville Symphony here), building a set with lots of tunes from Tommy and Quadrophenia, additional greatest hits, and, if Townshend has his say, some deep cuts.

Clearly a must-see show for any Who fan (or a rock and roll completist intent on seeing one of the all-time classic greats while they’re still active), tickets are available beginning Friday, Jan. 18 at 12 p.m. CST right here (or snag ’em a day early using pre-sale code ‘CELEBRATE’).